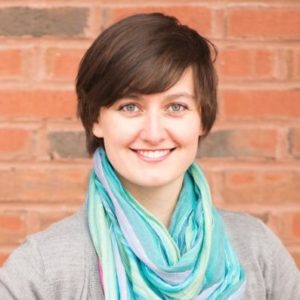 Voice assistants will have their Serial moment: Serial was a milestone moment for podcasting. It created a big boost in visibility, spawned legions of imitators, and gave the audio format a new degree of credibility in investigative journalism and cultural cache. In 2019, audio programming will get a similar boost with the first real standout programming designed specifically for voice assistants. That means not just a well-produced piece of audio, but something that really makes sense to ask for and interact with through spoken commands. That means it will launch by a voice skill that makes sense and clearly connects to the content, and it will be compelling enough that people talk about it as more than just a novelty. Any number of content producers have the potential to figure out the magic formula to really leverage this technology into something incredibly cool. It’s just a question of who will do it first and reap the Serial-level benefits of winning that race.

The Music Modernization Act will make things worse before they get better: I’ll be honest, I didn’t think the Music Modernization Act was going to happen. This wasn’t the first time lawmakers tried to catch up woefully outdated laws with how entertainment is created and consumed, and I would not have been surprised if it had been another failure. So while I give full respect to the many industry players who collaborated to help get the legislation passed, they better know that the work is only half done. The recent call for information from the U.S. Copyright Office shows just how many details are yet to be hammered out, and as the adage says, that’s where the devilry resides. The first step will be ensuring that the new Mechanical Licensing Collective is a truly independent and unbiased entity. The next step will be sorting through mechanical royalty lawsuits, both those that are ongoing and those that are surely yet to come. It’s going to be ugly, but I’m going to keep a shred of optimism that the industry as a whole will be better off for it in the end. Anything is possible!

Entertainment consolidation with at least one mega-merger: One of the big stories of 2018 was Sirius XM finally making a move to acquire Pandora. It was the end of a long tease, but I think it’s likely that the deals that happen going forward will move much faster. Sirius’ parent company Liberty Media is clearly gunning to be a real audio empire. Apple is making its move into television. Spotify and Hulu are offering joint subscription bundles. Amazon is taking over, well, everything. When we look back in a decade, I think we’ll see the Sirius-Pandora deal as one that kicked off a snowballing number of mergers and acquisitions in digital entertainment, particularly audio. I’m expecting at least one big consolidation this year, likely from one of the mega-majors such as Amazon or Google. They’ve been laying the groundwork for awhile, and in 2019, the top players will start to make more decisive moves to secure bigger pieces of the entertainment pie. 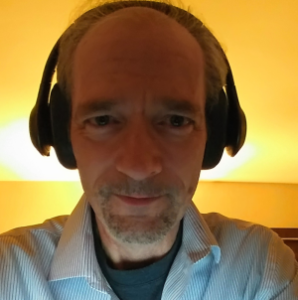 The U.S. streaming music revenue report for 2018 will be … : 85%. In March the RIAA will make its annual report on behalf of the U.S. recording industry for the previous year. I overshot last year, predicting 70% share in the 2018 report of 2017 revenue share. It was 65%. I don’t mind guessing high. I am guided by the RIAA’s first-half 2018 report issued in September, in which streaming accounted for 75% of total revenue as CDs and downloads continued sliding to obsolescence. I am assuming an acceleration to reach 85%. Following the trend, most of the money will be in subscriptions. And streaming will continue to act as a resurgent force, lifting overall record-industry income.

Original content for smart speakers: Anna puts it nicely as the “Serial moment” for voice-control devices. So I will agree with her prediction and offer a cautionary wrinkle. It is universally true that great content and word-of-mouth drive category adoption. But smart speakers and their operating systems (Alexa, Assistant, Siri, Bixby, et al) are not interoperable — that’s a disadvantage to creators. Consider that podcasting is simply an MP3 file; a universal standard that represents a single creative developmental effort. In contrast, creating a universal audio experience for the smart speakers listed above requires four developmental efforts. An example of the challenge is Chompers from Gimlet, one of the best known original efforts in Alexa. The show’s marketing advises you to tell Alexa “Start Chompers.” When I did that in Google Assistant, it opened Spotify to play a song called Chompers. (The Gimlet Chompers is also a podcast.) The true category-lifting original content for smart speakers — the Serial moment — needs to work everywhere equally well, as podcasts effortlessly do.

Podcasts bifurcate around advertising strategy: Should podcasting veer away from its historical reliance on live host reads of sponsorship messages baked into the MP3 file? There is no “should,” and 2019 will see the increasing division between traditional host riffs on direct response (DR) advertisers and the emergence of ad technology which brand advertisers and their agency buyers use to target defined audience segments. It is a business choice, not a sentimental one, though the ongoing entrance of big-budget brand advertising promises (or threatens, depending on viewpoint) to grow podcasting out of the boutique category. Both approaches work, and 2019 will show deepening lines of division defined by hosting platforms, podcast ad companies, and the shows themselves which play their respective strengths.