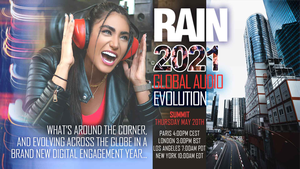 The RAIN Global Audio Revolution Summit, an international Zoom event produced today, was designed to shine light on the current, and prospective future, states of radio, podcasting, and digital audio advertising. Leaders from leading publishers and tech innovators gathered to discuss their respective states of media, and in some cases to present data slides.

The event was presented by Targetspot and AllMediaDesk, with additional sponsorship support from AdsWizz and AccuRadio.

As an unfortunately timed power brownout in San Diego limited the participation of RAIN’s Starbucks-seeking Head of Summits, Lee Cornell, RAIN President and Founder Kurt Hanson took over the MC slot. He rigorously kept the program running to its exact schedule, placing breaks for pinpoint timing of individual sessions..

“We’re at the precipice of the next great century in audio.” –JD Crowley, Chief Digital Officer, Audacy 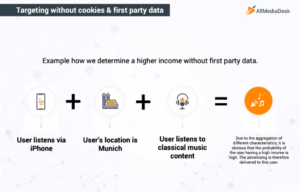 A slide deck was presented by Matthias Mroczkowski, Chief Sales Office of AllMediaDesk, a presenting sponsor of the virtual event. His company self-describes as a “360 degree platform for planning, buying, and scheduling advertising campaigns.” Mroczkowski asserted that audio is an important part of the company business which spans TV/video, online display, and print. He noted that data signals can be used to confidently determine listener characteristics for better targeting. For example, a classical music listener living in Munich is likely to be a high earner, and can be served ads on that basis.

Another slide presentation was hosted by Jeff Vidler, President and Founder of Signal Hill Insights, who followed his data info by a conversation with Julie Adam, SVP News & Entertainment at Rogers Media in Canada. 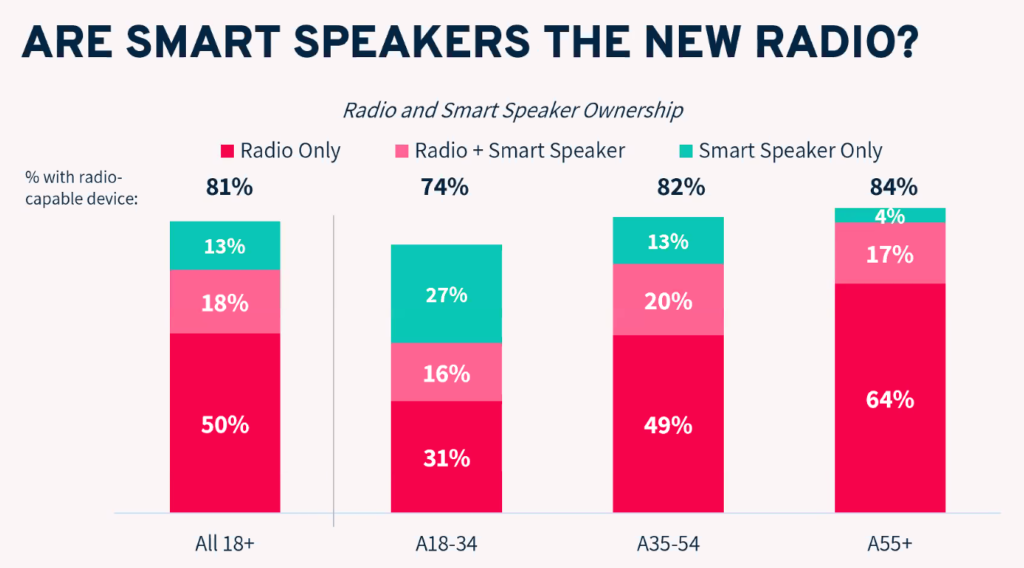 “Our sales team is moving to a model where they can sell any of our products in any of our markets. It’s like a One View approach.” –Julie Adam, SVP News & Entertainment at Rogers Media in Canada.

Audio advertising in gaming environments is a topic in which RAIN Summits have taken industry lead. Christian Facey, CEO and Founder of AudioMob — which specializes in digital audio advertising during gameplay — evangelized the opportunity and showed off videos of games in progress with ads. Facey’s selling point here is that audio ads can be absorbed — and retained — effectively when they are inserted into a game without disrupting the game experience.

“Gone are the days of the 30- or 6-second audio ads. Now it is 15 seconds or less.” –Christian Facey, CEO and Founder, AudioMob

” Sponsorship is main driver [of podcast advertising] now, but we believe targeted ads are the future, including programmatic.” –Lovisa Ohlson, Podcast Manager, Podplay

“There should be a nuance in creative based on the platform where it’s being put.” –Lina Kim, CEO, TPX