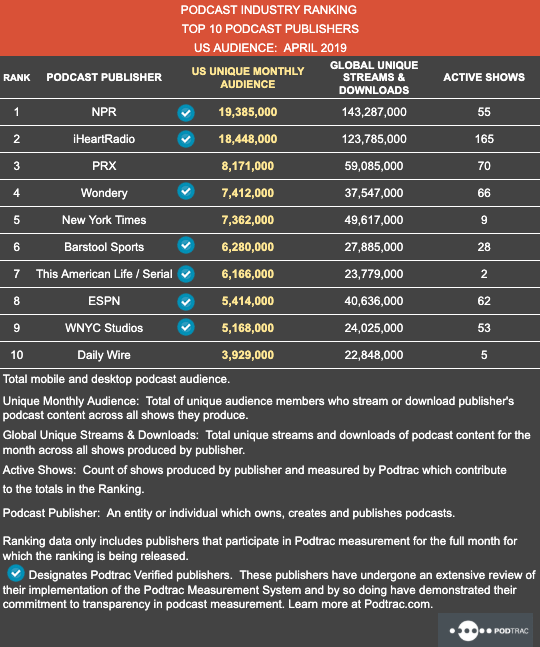 Podtrac has released its April 2019 ranking of top podcast publishers. The top-10 lineup is similar to the analytics company’s March results.

Interestingly, Podtrac included a footnote indicating that it has changed measurement methodology, though it doesn’t explain how or to what extent. “April Global Downloads and Streams reflect updates to Podtrac’s measurement algorithm and are not directly comparable to prior months.”

We do notice that the space between those two top publishers is narrowing. In the March results, NPR’s lead in downloads was 9.4% or NPR’s total download count. In this April report, the difference is 4.8%. We don’t know whether that narrowing is the result of a changed algorithm, or not, or whether the difference would have been even greater with previous measurement method.

The month yielded audience growth for eight of the top ten publishers over their March performances. ESPN had the biggest spike at 21%, followed by Barstool Sports at 18%.