Podtrac has released its ranking of the top podcast publishers for February 2020. A change is afoot — Podtrac has added five more places to this ranking, making it a top-20 list. (It started as top 10, later expanded to 15.)

Fox News Radio and Slate benefit from the expansion with their first-time inclusions. WarnerMedia is also enjoying its inaugural presence in this ranking, leaping into mid-field with 41% audience growth. Fox News Radio grew audience by 15%.

The Top Podcast Publishers monthly chart includes Podtrac measurement clients only, as is standard for measurement lists. It includes U.S. audience, streams, and downloads only.

Month-over-month average audience change for the entire cohort was down 4%, while year-over-year saw +33% growth.

Here is the Podtrac chart. Below, RAIN’s remix which reorganizes the ranking by audience and streams/downloads per show for each publisher. 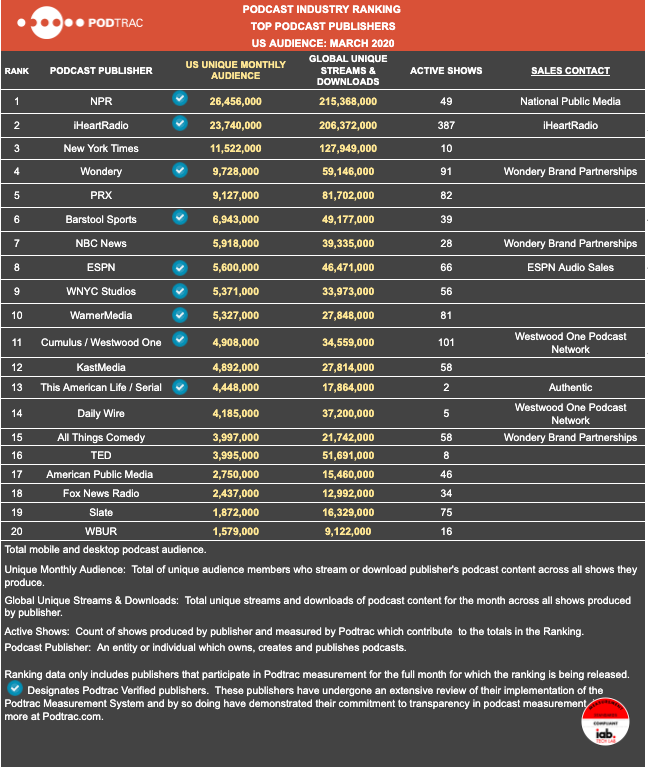 We like to remix the Podtrac publisher list to gain insight about how the audience, and streams/downloads, are distributed. Broadly speaking, two strategies are in play:

You can see strategy #1 with This American Life / Serial, and New York Times, both of which exceen one-million audience-per-show with fewer than a dozen shows. The New York Times has nearly half the audience of juggernaut iHeartRadio, with less than three percent number of shows. 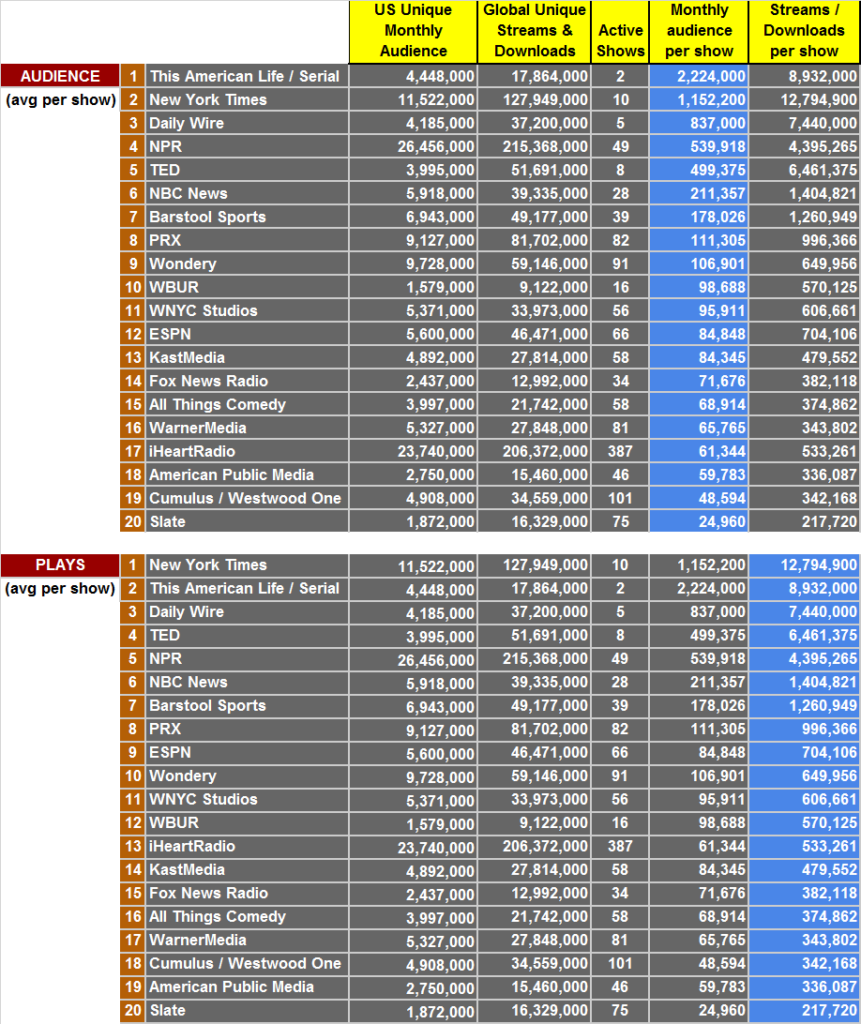