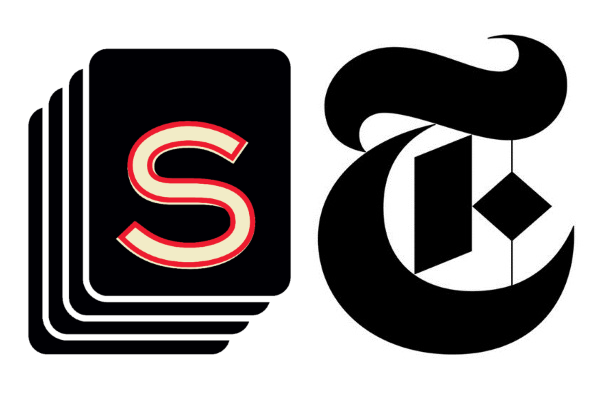 The news came in a burst yesterday evening. Nick Quah sent a special issue of his popular Hot Pod industry newsletter, and the NY Times itself joined the coverage storm.

“The New York Times Company has agreed to buy Serial Productions […] in the paper’s latest move to broaden its digital journalism,” said the Times. (We love it that the NYT self-describes as a “paper.”)

Nick Quah summarized his well-informed analysis this way: “Serial Productions — the creators of a phenomenon that radically accelerated the growth of an entire medium — wanted to do more, but they couldn’t do so independently. So they cashed out for greater institutional support, and they are deserving for it.”

Serial Productions cuts a unique profile in its output and success. In Podtrac’s monthly Top Podcast Publishers ranking, the company took the 14th slot in June. (In Podtrac the company is labeled “This American Life / Serial.”) Remarkably, though, the publisher is ranked #1 when measured by average audience per show, and #2 by average plays per show. (RAIN uniquely remixes Podtrac’s chart in this manner, see the June coverage HERE.)

The point is that Serial Productions has enormous popular success from a slim output over five years. The company has great content, great audience, and hardly any shows. One promise of the Times acquisition is the organizational infrastructure and resources to make more shows. “The arrangement will allow Serial Productions to increase the number of shows it makes,” according to the Times article.

That lean profile finds a compatico home at the NY Times, which itself scores high in Podtrac with 14 shows. (Compare with iHeartRadio’s 114 active shows, or 95 in-house titles at Wondery.) The Times’s hit show is morning news program The Daily, regularly the #1 podcast in Podtrac’s monthly tracker of top podcasts.

The price? Well, with the renowned NY Times objective remove, we know this from the Times article: “The Times paid about $25 million for the company, according to a person with knowledge of the deal.”

Although This American Life (a WBEZ production) isn’t coming along in the bargain, the New York Times has formed what it calls a “creative and strategic” relationship with that production.