Podtrac has released its monthly ranking of podcast publishers for July. Total global downloads for the ten parties on the list dipped 2% from the June 2018 figures, but increased 57% year-over-year. Six of the publishers saw increases in their unique monthly audience in the U.S. from the month before, while the others saw no change or small declines.

NPR tops the chart yet again, maintaining a wide lead with a U.S. unique monthly audience of more than 16.7 million and more than 128.87 million global unique streams and downloads. Barstool Sports edged out American Public Media for the final spot, but the other entries on the chart are the same as in June, with just the order shuffled. Most notably, PRX grew enough last month to surpass WNYC Studios and take the second spot. 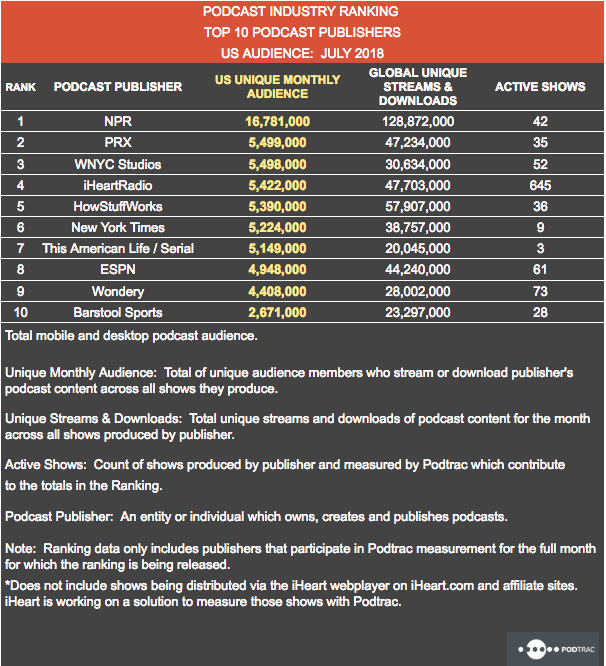