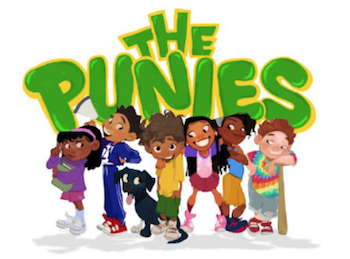 The Punies is a scripted audio series about a biracial young man named Puny Pete. Over the course of the show, he and his diverse cast of friends play sports together and learn important life lessons. Bryant created and directed the program, which draws on his personal experiences of success and defeat.

“Having spent my whole life playing ball, there were many times I wasn’t on the winning team,” Bryant said. “However, those experiences ultimately proved the most invaluable because they taught me perseverance, determination, and teamwork. As the father of athletes myself, I created The Punies in the hopes that these stories will not only entertain the whole family but inspire young listeners to reach their fullest potential.”

“The Punies is another example of creative storytelling that will capture the imagination and hearts of children and parents alike in this innovative, important, and impactful podcast series that will capture learning about perseverance and a willingness not to fail at its core,” said Chris Corcoran, chief content officer for Cadence13.

The show premieres on August 25 and is available on Apple Podcasts, Google Play Podcasts, Stitcher, TuneIn, Spotify, and iHeartRadio.