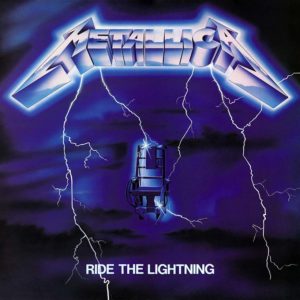 Metallica music was streamed a billion times in 2019 by 46-million people who listened to 90-million hours of the stuff. Those metrics were shared by the band from its Wrapped for Artists tool which is the creator-side version of Spotify Wrapped end-of-year metrics that users get.

The bragging, while certainly justified, could be somewhat discordant, in a time-shifted way, for anyone who recalls the band’s hostile and litigious approach to digital music 20 years ago. In 2000 the band sued Napster (the pre-Rhapsody Napster; the file-sharing network Napster) and submitted a list of  335,000 downloaders into the lawsuit. During that tumultuous era, the RIAA was taking individual downloaders to court in example-setting punishments.

All that was decades ago, and Spotify (a legal cloud service) is not Napster (an unauthorized global peer-to-peer repository recorded music). But there is an unbroken historical narrative that leads from one to the other, with an orbital spin around the iTunes Music Store planet. The Metallica brand is known for an extraordinary resistance effort against Napster, which might not have been guided by foresight to the Spotify era, but arguably moved things along in that direction.

In 2018 lead guitarist Kurt Hammett called back those days and the band’s advocacy for paid music: “We’re still right about Napster, no matter who’s out there who’s saying, ‘Metallica was wrong,’” Hammett recently told Swedish TV show Nyhetsmorgon. “All you have to do is look at the state of the music industry, and that kind of explains the whole situation right there.”

Hammett hasn’t loved the growth of streaming, even as it now is reviving the post-Napster recorded music industry. In 2014 he commented, “It’s just become too big of a beast to try to control.” The first Metallica album to be released via a streaming service was 2016’s Hardwired to Self-Destruct.

Now though, Forbes calls Metallica one of the top-30 highest earners in music (#10). The band is celebrating and, perhaps for the first time, is fully on board with non-album, non-store music distribution. “ONE. BILLION. STREAMS,” the band posted. “1,026 decades of Metallica music was streamed in 2019! Unreal! Thanks to the most dedicated fans in the world.”

(The RAIN editorial office blasted Metallica, on Spotify, while composing this post.)