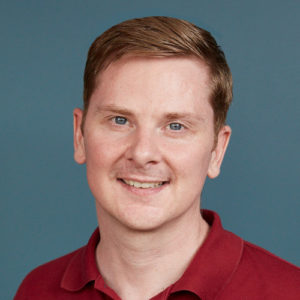 Matt Deegan is the Creative Director of Folder Media in the UK and is responsible for the children’s radio station Fun Kids and is the co-organiser of the British and Australian Podcast Awards. He writes a free weekly newsletter on radio, podcasts and streaming. You can subscribe at https://onaudio.mattdeegan.com

Is subscription the way to go?

Overtly paying for media is not something that the UK was particularly used to. Yes, there was the licence fee, but early on it was probably more regarded as a device licence rather than that thing that paid for the BBC. What we didn’t have were the exhortations to donate to programme makers that they had in America – whether that was for NPR affiliates or televangelists.

Naturally this has changed more recently. The advent of cable and satellite, with premium movies and sport through to Netflix and Disney+, we’re more used to paying subscriptions for content.

In the audio space music streamers like Spotify or even audiobooks through Audible have become more common place.

In fact, there’s been a general explosion in asking for money as content businesses come under pressure from the movement of ad money to Facebook and Google. At the same time buying digitally has become more frictionless, whether it’s in-app purchases, stored credit card information or one-click billing

Tech developments also mean that individuals are taking control of the content they create and retailing it directly to consumers. I’m sending you this email through Substack, a platform that allows creators to acquire paying subscribers for their writing. It’s just us suckers that give it to you for free.

For those who’ve already built a following, or for those who are experts in a subject, a direct relationship has many benefits. Fundamentally you’re not relying on someone to work out a model to keep you being paid, or being on the payroll in a sector that could one day cut back. The downside is that there’s less support, you’re a one person band, and it’s on you to keep your subscribers happy. It does though alter the historic balance between creator, publisher and consumer.

In the commercial podcast world the market has been driven by advertising or companies investing in growing their output. Alongside that there’s a lot of business model-free shows done out of enjoyment or with non-cash objectives, like trying to grow someone’s personal brand.

Many shows start off with the idea that ‘if we build it, they will come’ thinking both for listeners and advertisers. Neither is particularly true, with shows needing the right content, platforms and marketing to become a success.

Many podcasters’ advertising income is firmly connected to downloads, using sales representation from companies like Acast, Audioboom or DAX to sell spot-ads (or sometimes live reads) in shows. Volume of downloads generally equals volume of ads, but it depends on your sales house’s fill-rate and whether they’re monetising in the countries that you’re popular in. Your percentage share of the revenue is also a negotiation, and your sales house may provide extra services like studios or promotion too.

For podcasters of scale, finding the right representation can have a big impact on the show, and it’s bottom line.

For podcasters who lack large downloads, there’s other ways to monetise your audience. Many shows have seen Patreon be a good way to generate a return. In the UK, the leader seems to be RedHanded, the crime podcast, that generates a super-impressive £28,000 per month from 7,500 of their supporters. They’ve been doing crowdfunding for quite a while. Helen Zaltzman’s The Allusionist has been doing it for three months and she’s netted 1,600 people paying between $2 and $20 a month. There’s many other shows bumbling around the £300 to £500 mark; enough to supplement advertising and keep the participants interested, but not yet the amount to retire to the beach-house-the-podcast-built.

In the before-times, live events were often lucrative for some shows, particularly true-crime and sport. Indeed any show that creates a strong relationship with its audience can encourage them to donate, attend or buy merch.

The big shake-up in the podcasting space, likely to happen later this year is the battle of the models. My next top revenue source.

Two of the big boys are likely to prompt podcasters to rethink how they monetise their shows.

In one corner you’ve got Spotify. They’ve just introduced their Streaming Ad Insertion product (SAI) into the UK. At first-glance it’s not particularly revolutionary. They’re offering ads and live-reads into their own Spotify Originals, shows from the content companies they own – like Gimlet – and for people they’ve done partnerships with like Joe Rogan.

Spotify are arguing their ads are more premium than other providers because the majority of them are streamed rather than downloaded. This means the metrics they can give back to advertisers are stronger. They know if an episode’s been played, and who by, rather than sitting un-listened on a phone’s hard drive.

But Spotify has a second ad-network too. Megaphone. It’s more akin to an Acast, repping publishers.

I imagine technology and reporting will bring these two together, potentially offering podcasters stronger partner opportunities. The main thing you want from a sales house are strong CPM rates (cost per thousand downloads) and a strong fill rate. Will Spotify, as it adds territories and advertisers provide a better home for podcasters?

In the other corner… Apple.

There are lots of rumours at the moment that Apple is about to offer a subscription podcasting service and that it’s been talking to potential content providers. Now, with Apple they do raise ideas with partners and they don’t necessarily get launched, so it may still just be an idea spinning around their spaceship HQ in Cupertino. However the business does seem to be on a march to creating subscription revenues – from Apple Music, to Apple TV+, to Fitness+ etc

Which form an Apple Podcasts+ may take is interesting to think about. In much of the writing there’s been a hint that they’ll launch a £9.99 a month type service that combines some new Apple Originals alongside third party content from publishers. The Netflix model.

To me, this seems complicated. Would shows take themselves subscription, or offer episodes in advance, or would they create new material etc? Would they end up sharing revenue based on the usage of their content in the service? This model doesn’t seem to have lit the world on fire with Apple’s News+ service that does a bit of that. I think part of the problem for magazines that are a part of it is that they have to juggle a smaller amount of cash per subscriber from Apple (but with their marketing reach) vs a larger amount of revenue from direct subscribers. In Apple News+ you’re paid by usage, rather than the Netflix model where they just licence your content directly and I can’t see Apple doing that for podcasts.

For me, what I’d like is actually what they’re doing if you have Apple TV. Yes, there’s a subscription service with Apple content, like the Morning Show, but I can also subscribe to Channels like Starzplay (£4.99/month) or Nickelodeon’s Noggin (£2.99/month) with a seven day free trial.

As a content creator, I’d love them to do that with podcasts. Shows could combine free episodes with paywall’d ones. Podcasters get direct revenue from listeners and Apple take 30%, just like the app store. Closer to Substack than Patreon, it would make it nice and easy for a large number of podcast listeners to subscribe.

It could also be good for other audio subscription businesses like Audible, Luminary and Podimo. They could bundle up their content and sell it through Apple Podcasts, I imagine a much more frictionless option than to keep pushing your own app.

Naturally, there’s the worry of this being another platform, and what about users that don’t have Apple Podcasts etc etc. But by keeping shows as mini subscription opportunities, I’m sure you’d have other apps opening their own mini podcast app-stores too. Just like Noggin being available on Amazon Prime TV as well as Apple TV.

We’ll see if Apple does end up launching their own subscription service, let’s hope it’s something that lets creators develop new types of revenue and moves the whole platform forward.