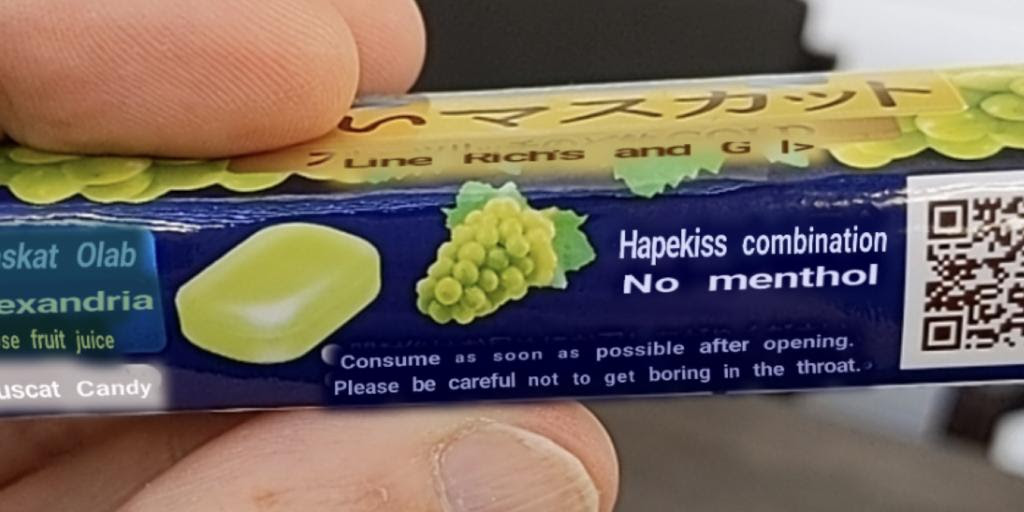 Above: it looks like the manufacturers of this Japanese candy have been reading Valerie Geller’s book “Beyond Powerful Radio”, if the Google Translate of the original is correct. Please be careful not to get boring in the throat is fine advice to radio broadcasters everywhere.