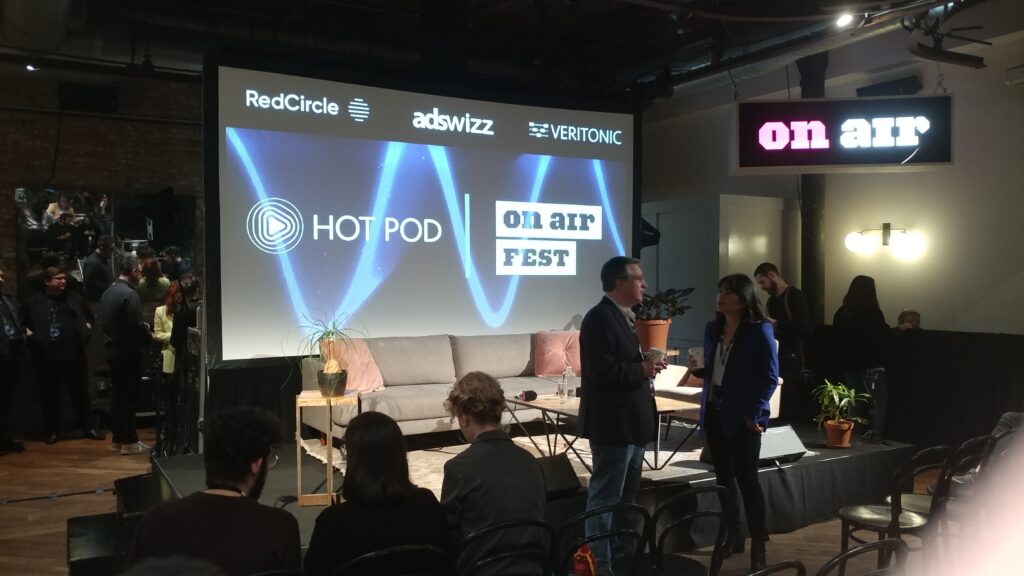 RAIN News attended the Hot Pod Summit at the Wythe Hotel in Brooklyn yesterday, a Covid-vaccinated gathering which, to some attendees we spoke to, signaled a hopeful return to in-person business gatherings.

In a charming urban-rustic setting at the Wythe, an estimated 200 attendees mostly represented the creative community of podcasting. At the same time we saw many industry pros from the network and technology sides. Hot Pod Summit is an invitation event that precedes Air Fest, an annual two-day podcaster conference (also at the Wythe).

Hot Pod, a podcast industry newsletter, was founded by Nick Quah, and recently acquired by The Verge, which is part of Vox Media. We learned just after posting that Ashley Carman has resigned from Hot Pod and The Verge, and has taken a position at Bloomberg. A new editor of Hot Pod has not been announced.

Grappling with YouTube as a distribution and monetization platform (panelists were Waveform: The MKBHD Podcast host Marques Brownlee and Rooster Teeth’s head of The Roost Podcast Network AJ Feliciano)

An interactive town hall closed the event programming; anyone could participate.