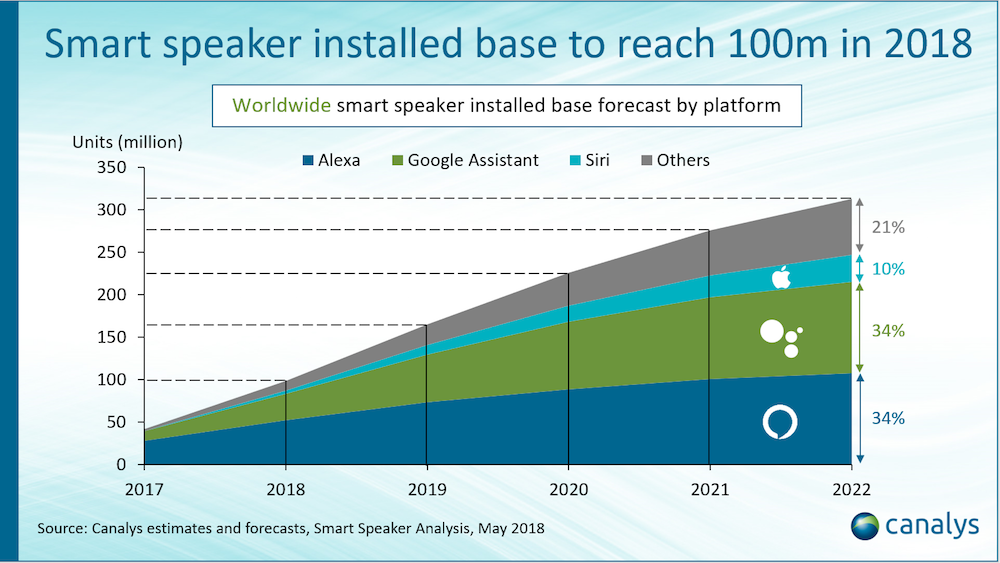 The report projects that Amazon will retain a majority share of the market with its Echo product line with more than 50% of the installed base this year. Canalys expects Google Home devices to have a 30% share and Apple HomePod a 4% share.

It also made geographic predictions for smart speakers this year. The data projected that China’s share of the installed base will grow from 3% in 2017 to 10% in 2018. The United States is likely to remain the dominant market, though, retaining a hefty 64% market share this year.

“Amazon and Google are desperate to prove the scale and reach of their platforms to developers,” said Ben Stanton, a Canalys analyst. “As the Amazon Alexa and Google Assistant speaker installed bases grow, the companies can make a more compelling case. And as developers invest in voice and try to cash-in on the creation of new experiences, smart speaker adoption will grow. The battle for developers’ attention is vital for Google and Amazon. It will determine the speed at which they can appeal to new demographics, move into new industry verticals and gain traction in new countries.”