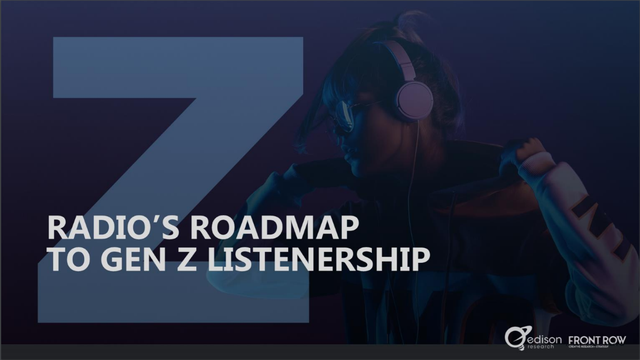 Two results of the survey might seem to represent a contradiction, or at least contradict some presumptions about young people and traditional radio:

So, a young population that streams it listening much more than average across the entire population, also is widely reached by AM/FM radio.

As is often revealed in measurement of AM/FM reach, the counterpoint is less time spent. In this study: “Gen Z listeners spend 50% less of their total share of time listening to AM/FM radio than the average 13+ population.” The study also revealed that most AM/FM listening by Zoomers happens in the car — persistently a key listening environment for broadcast radio. The data show that traditional radio receivers (as in cars) deliver most of the Gen Z listening to AM/FM.

This research is part of Edison’s Share of Ear, an ongoing subscription project. This particular dataset was culled in Q1, and does not include any survey results collected during COVID-19 restrictions.