Stream listening was level in January compared to December. The year-over-year view showed a 3% decline, powered in part by Pandora’s continued decline in listening. That bit-by-bit decline started in April 2018, and has proceeded almost uninterruptedly month over month. In January, Pandora  listening dropped 3%, and the year-over-year mark for Pandora is minus 6%. As Pandora is, by far, the biggest and most influential streamer in Triton Digital’s cohort of top 20 clients, incremental declines affect the entire report.

Here are RAIN’s leader trendlines from Sep. 2009 through December 2019: 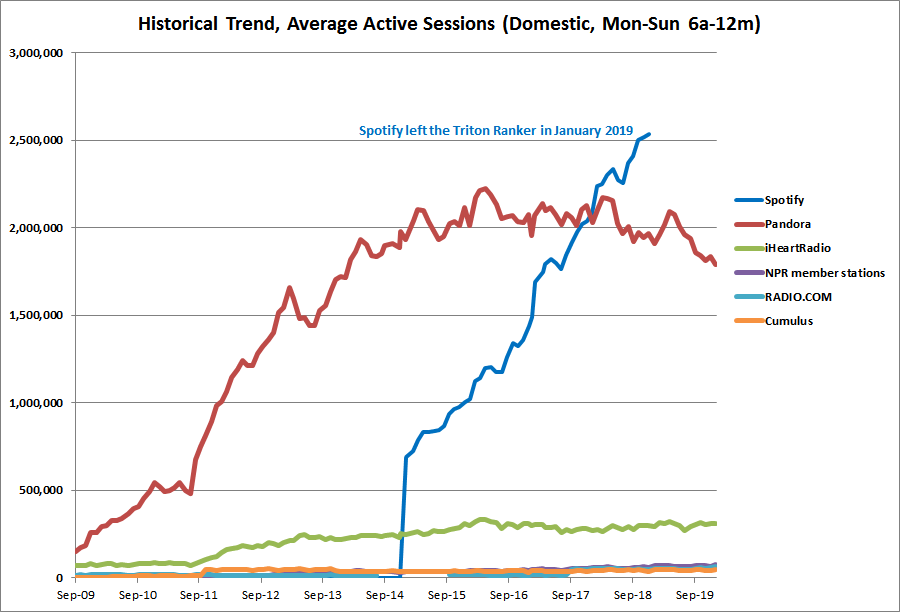