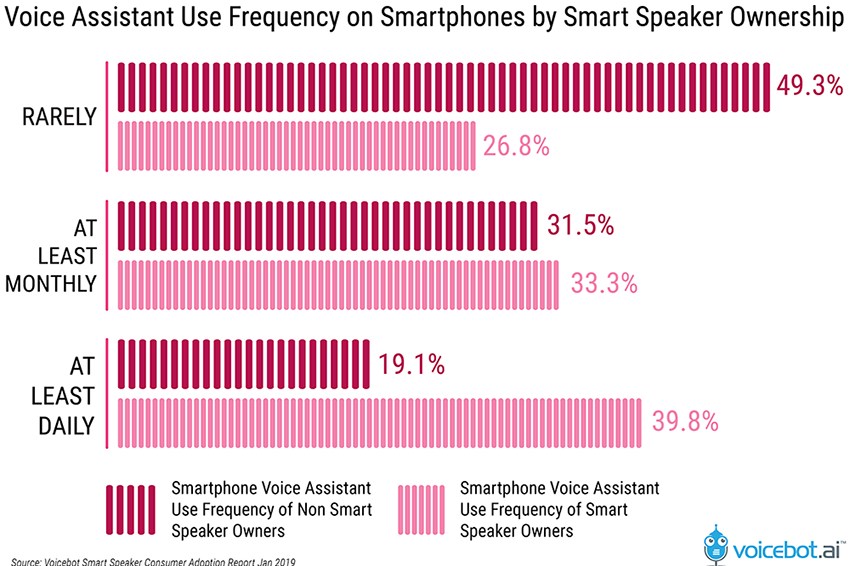 Voicebot.ai and Voicify released a new survey of smart speaker ownership in the United States. The results found that as of January 2019, 66.4 million people in the country owned the devices. That total marked a rise of 39.8% in one year to secure more than a quarter (26.2%) of the broader U.S. adult population.

This assessment showed Amazon continuing to be the top performer in the product segment. The Amazon Echo took a 61% market share in the most recent survey (down from 71.9% in 2018), trailed by Google Home with a 24% share (up from an 18.4% share the previous year). The rest of the market also increased to take a larger combined share, with the catchall category including the Apple HomePod and Sonos One rising from 9.7% in 2018 to 15% in 2019.