Triton Digital has released its U.S. Podcast Report, an every-four-week rolling weekly average of downloads and listeners. This report covers the July 6 through August 2 period.

Most remarkable is the stability of this report compared to the previous one. And we noticed the same thing in our previous coverage.

Looking at the top 15 podcast networks ranked by weekly downloads, the lineup is  exactly the same as the previous report, except numbers 12/13 (Salem Communications and Beasley media Group), and 13/14 (focus on the Family and WaitWhat), switched places.

Only one network newly entered the Top 15 cohort in the last three reports: WarnerMedia, which debuted two months ago (using “months” as a handy term for “four week periods”), and has remained steadily in the #8 slot. 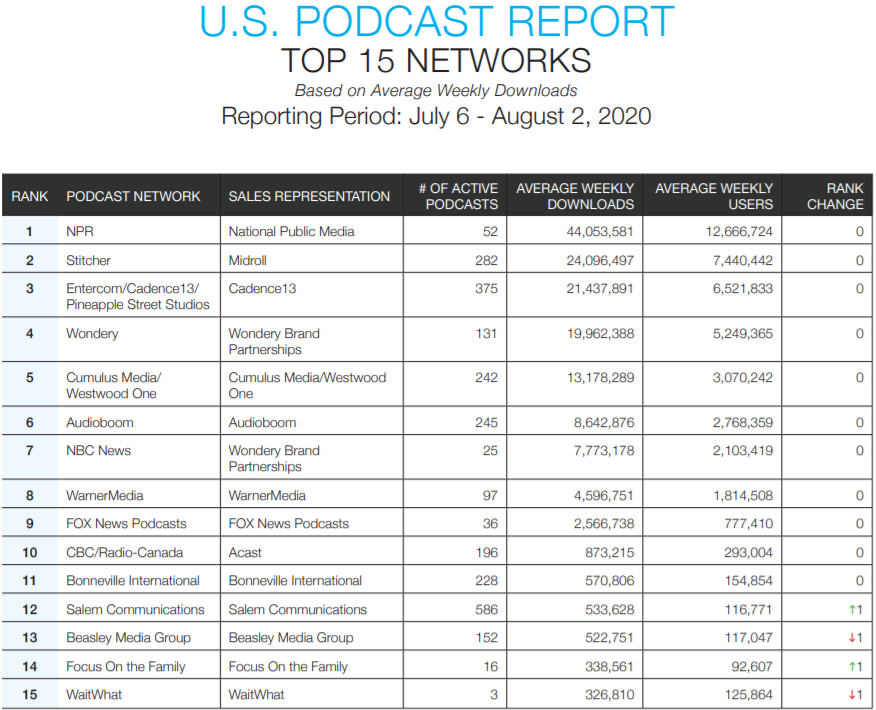