Content and distribution powerhouse Stitcher has released a report of observations and measurements over 10 years of delivering podcasts to listeners. (Find it HERE.) It is a unique glimpse into listener behavior from a pioneering and influential podcast company. Here, a review of some key points, and a recorded conversation with Stitcher CEO Erik Diehn (scroll down to listen).

If there is a single keyword which characterizes the Stitcher report, it is growth. This applies to podcast creation, and listening. On the production side, the number of podcasts published to Stitcher has grown more than 129,000% since 2010. And on the listening side, the following graphic tells two stories — total hours and monthly hours. 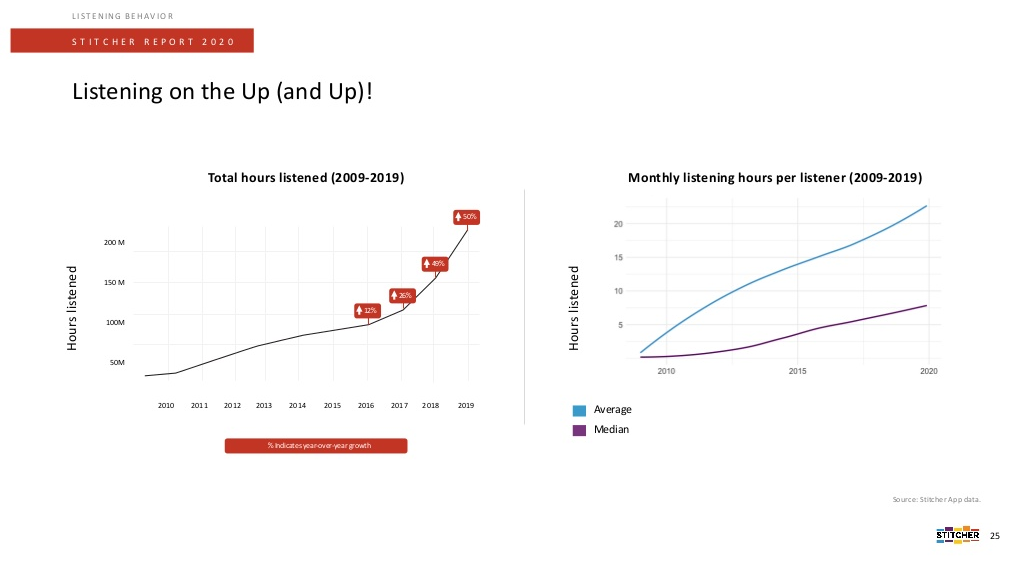 Other key findings include the following:

The report engages in some cool and interesting comparisons across its 10-year scope. Below, the performance rankings of top shows: 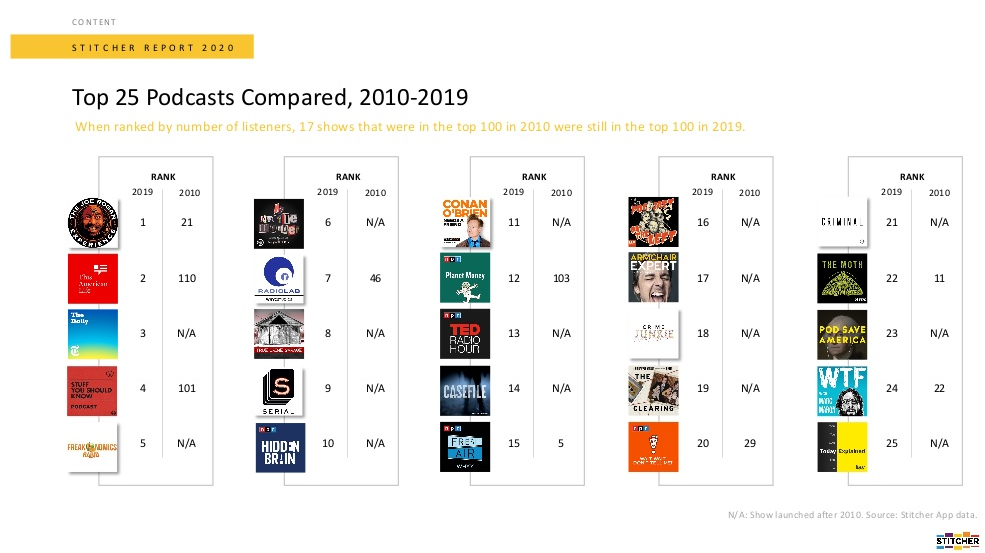 In a RAIN popup podcast we spoke with Stitcher CEO Erik Diehn about the report, with some conversation at the end about Joe Rogan’s exclusive deal with Spotify. We connected with Erik over Zencastr, and here is the conversation: