Guest columnist Steve Pratt is co-owner and Partner of Pacific Content, which creates original podcasts for brands including Slack, Mozilla, and Dell. This article originally appeared on the Pacific Content blog.

Just about a year ago, we asked some of the smartest people in the world of podcasting what the biggest trends of 2018 would be. They made some big, bold predictions.

Next week, we’re going to publish our 2019 predictions, but this week, I thought it would be interesting to look back and see how accurate our prognosticators actually were… 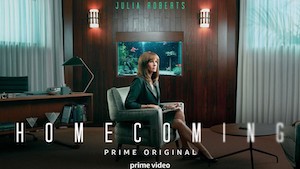 Results: 100% accurate. Alex, Inc. debuted on ABC, Homecoming launched on Amazon Video, and Dirty John hit screens on Bravo this fall. More and more podcast intellectual property is being snapped up for adaptation into TV and movies. And, more and more TV folks are making their way into podcasting. 2018 is also the year that Ellen and Conan launched podcasts, and soon we will also have Dr. Phil and legendary news anchor Ron Burgundy joining the fray.

Results: 50% accurate. There have been some amazing new podcasts in 2018, but nothing that has reimagined the formats has broken through in a big way. One of my favorite shows of the year was Everything Is Alive — not only was it really entertaining, but it seemed to greatly enjoy playing with podcast conventions and tropes. Julie Shapiro at PRX predicted more limited-run series, and shows like The Wilderness and Surviving Y2K are great examples of that strategy finding success in 2018.

Results: 100% accurate. Apple Analytics launched mere days before last year’s predictions were posted and having new data like episodic completion rates has been a fantastic addition to the metrics podcasters can track. Then, just days before this post was published, NPR formally launched RAD (Remote Audio Data) to much fanfare. More networks and hosting platforms implemented IAB standards for downloads as well, making it easier to compare apples to apples for any podcast in the industry. Overall, still lots of room to grow and improve on podcast metrics… but we’ll very likely hear more about that in next week’s post 🙂 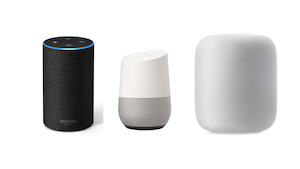 Prediction #4: Rise of the smart speaker (or not?)

Results: 80% accurate. By the end of this year, it’s predicted that there will be over 100 million smart speakers in North American homes. The adoption rate is huge and so is the competition between Amazon, Google, and Apple. Growth is expected to continue in 2019. So why only 80% accurate? Apart from Gimlet’s Chompers podcast / Alexa skill for kids brushing their teeth (which is great!), and The Maze, a choose-your-own-adventure Westworld skill, I’m not aware of any breakthrough waves of new audio content or formats that garnered mass attention in 2018. The devices are in the hands of the audience, they only play audio, and they are waiting to have content designed for these new devices amaze them. But it doesn’t exist yet. Maybe 2019?

Results: 100% accurate. Every podcast network I talk with has seen major increases in brand advertising and more growth is expected in 2019. Our own experience at Pacific Content, where we do nothing but podcasts with brands — 2018 has by far been our busiest year ever and 2019 is already looking to be even bigger. We’ve seen more creative bravery in the original shows that brands are making and more commitment to build audiences from brands as well, and the results have been very large, very engaged audiences.

Results: 75% accurate. There were multiple predictions for live shows and tours becoming larger revenue streams. This is purely anecdotal, but it felt to me that tours were very hot in the first half of 2018, but that there have not been as many discussions about big tours or special live events in the last half of the year. The notable new revenue streams that were predicted by Russell at Pocket Casts were a variety of solutions like Radio Public’s Paid Listens and Anchor’s Listener Support to help podcasters make more money.

Results: 90% accurate. Lots of big deals went down in 2018. Most notably, iHeart acquired How Stuff Works for $55 million, Scripps (parent of Stitcher) acquiring Triton Digital for $150 million, and a consortium of public broadcasters acquired the popular podcast app, Pocket Casts. And while it’s not purely a podcasting deal, the SiriusXM acquisition of Pandora has big implications for podcasting, especially with Pandora’s freshly launched Podcast Genome Project. What people didn’t predict was that due to increasing competition, some big companies would also make some big shifts. BuzzFeed shuttered their (small) podcast team and Panoply refocused their business entirely on their Megaphone technology platform and exited the content-creation world. 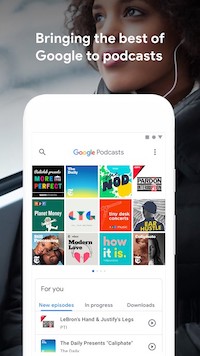 Results: 75% accurate. 2018 marked the year that Google launched a first-party native podcast app for Android users with the goal of doubling worldwide podcast audiences. Spotify, as the biggest cross-platform app, has boldly invested in original shows and has changed the user interface to more prominently feature podcasts. And yet, at the end of 2018, Apple is still dominant, and still advancing the medium with the introduction of podcasts for Apple Watch. As we have written many times, though, podcasting success is about consistency over time, so it shouldn’t be a surprise that there haven’t been tectonic shifts in people’s listening habits.

Overall, our predictors were amazingly accurate. It’s been another big year in podcasting, also summarized really well by Nick Quah in his annual Hot Pod year end review. What’s in store for 2019 in podcasting? We’ve got a great group of experts writing up their predictions and will publish them next week. Stay tuned!