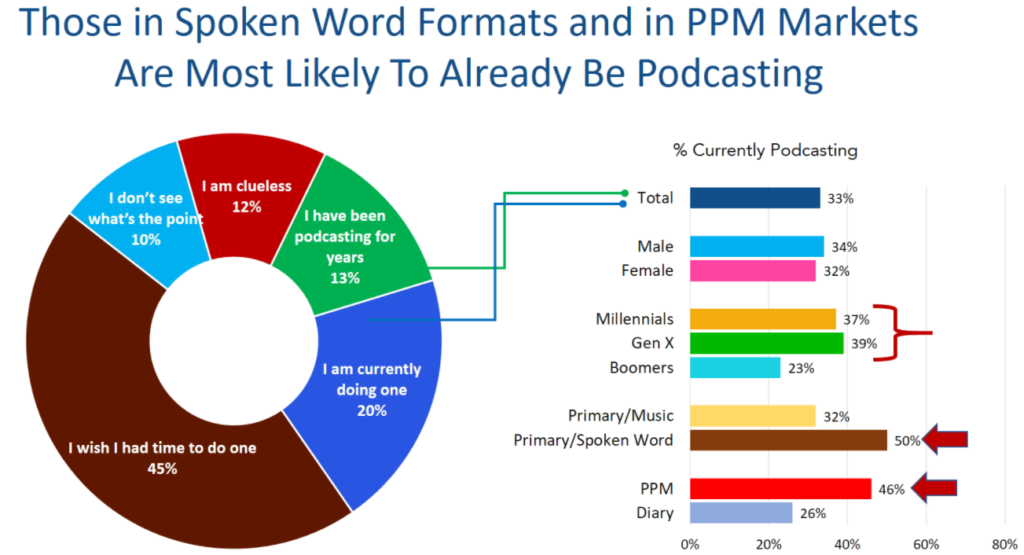 The 45% “I wish I hard time to do one” could be described as the aspirational response — certain positive in attitude, though negative in production. A sizable 335 of respondents are currently producing a podcast — unrevealed (and perhaps unasked) is a breakdown of original-content podcasts and repurposed air checks. Only 10% of responses (“I don’t see what’s the point”) can be called entirely negative. The “clueless” folks should probably go in a neutral sentiment bucket.

Not unexpectedly, in the “currently podcasting” group, spoken-word professionals outweigh those working in music formats and podcasting. Boomer on-air professionals do not represent well in this group (see above).

The Jacobs Media report, titled AQ2, surveyed 1,035 radio personalities — 988 of them on the commercial side — plus 47 producers. The survey was fielded in June and July. The respondents represent a good age spread and generation spectrum. Nearly three-quarters of the participants are men. Full-time mostly, and 84% working in music formats.