Podtrac published its podcast ranker for October. While many of the top-performing shows are familiar ones for the month, there is a new addition to the analytics company’s usual format.

The ranker has added a column to track the month-to-month placement changes for each of the top twenty shows. It also notes when a program is new to the Podtrac ranker.

The debuts for October were two NBC News podcasts. Dateline NBC appeared at No. 18, followed by The Rachel Maddow Show on MSNBC at No. 19. The Moth Podcast is a frequent title in this chart, and slipped back into the ranking in the final spot after missing out in September.

The top slots have been consistent, and also indicated ongoing listener interest in news and current events. The New York Times’ The Daily stayed in first, while Up First from NPR rose to second. The Ben Shapiro Show placed fifth. 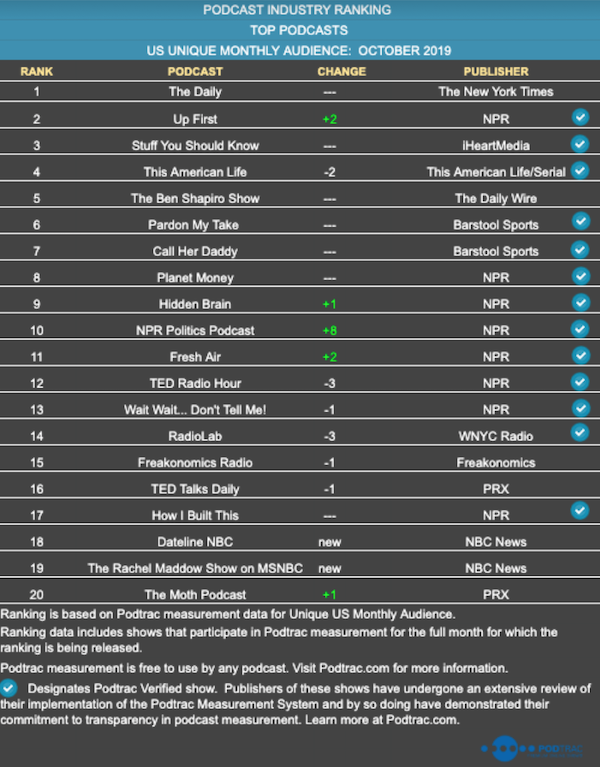