File this under “Nothing new under the sun.” Or, “Nothing succeeds like success.” Or, wow, podcasting is like every other media category.

In the November edition of Podtrac’s Top Podcasts industry ranking, not a single new show entered the list from October. In October, three new shows came in, a reasonable 15% turnover. (Podtrac measures clients of its no-charge measurement service; American listening only.) 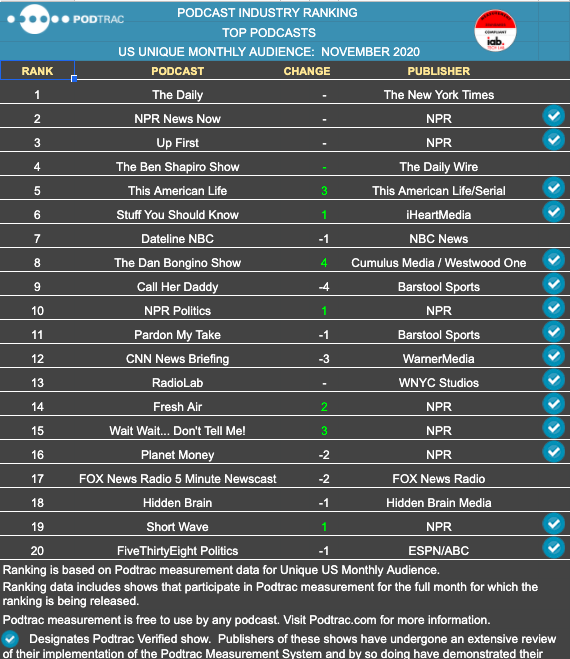 This biggest mover in November was The Dan Bongino Show, a politics talker, which slid upward four spots during the election month.