Podtrac has released the May edition of the measurement company’s Top Podcast Publishers ranker. (See graphic below.)

iHeartRadio resides in the #1 spot, closely followed by NPR. The ranker shows the number of active shows owned by each of the publishers. We observe that iHeartRadio seems to be benefitting from a steady increase in its network size. In May Podtrac counted 404 shows belonging to iHR. In March that number was 387; in December it was 349.

Conversely, NPR is concentrating its impressive 209-million monthly downloads into 48 shows. In February NPR counted 64 shows, and 70 shows in December. So we see two strategies in motion — one not better than the other, but certainly different — one involving network expansion, the other network concentration.

Podtrac makes these observations for the May ranker:

Here is the ranker graphic: 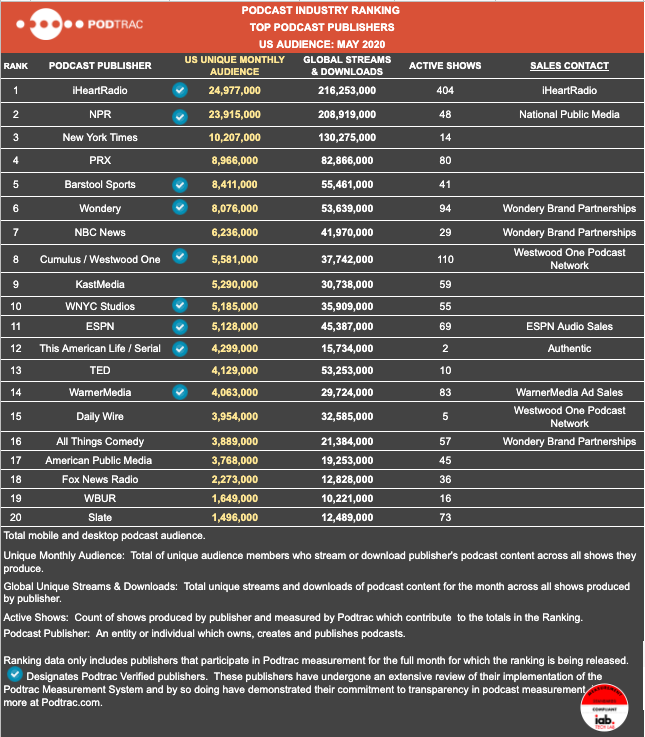