Deborah Mannis-Gardner, owner of DMG Clearances and author of this guest post, has been in the music clearance business since the early 1990s, earning the nickname “the Queen of Sample Clearance” from Forbes, Billboard, Music Week, Okayplayer, Midem, and more. She has worked with major artists such as Drake, Tyler the Creator, DJ Khaled, Eminem, Nicki Minaj, Kendrick Lamar, Lil Wayne, Frank Ocean, Jay-Z, and more. The ”Broken Record” podcast, for which she handles music clearances, can be heard here. 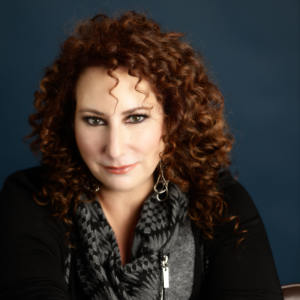 Last year, we saw a big uptick in interest around podcasts, on-demand, episodic audio content that hearkens back to the radio shows of the pre-television era. It was not just us — for the first time ever, over half of the U.S. population has listened to at least one podcast, a huge milestone. Checking Edison Research, it turns out nearly a third listen to at least one podcast every month (32%, up from 26% in 2018), and around one-quarter listen every week (22%, up from 17% in 2018). This sets the stage for a potential tipping point toward the mainstream in 2020, which means the production and advertiser interest around this digital storytelling medium is also growing.

Along with that comes increased interest in using music to brand these podcasts and drive the script. However, music licensing for podcasts is still in its infancy, meaning the process is somewhat ill-defined and can be difficult to navigate for an independent podcaster doing everything on their own. That means podcasters often give up on accessing the best-quality music, and rights-holders lose out on money from podcasters who throw their hands up at the process.

But that shouldn’t be the case, and it’s why I decided to jump into the space this year, taking over music clearances for Broken Record and The Actual Stretch and Bobbito Show. Here are four things I’ve learned so far that should be helpful for anyone looking to properly license music for their podcast projects.

In order to use any copyrighted music in their show, a podcaster needs to obtain a synchronization license. These types of licenses traditionally govern music use in TV shows, films, and commercials, as those media require the music be “synced” with the visuals on screen. In the case of podcasts, music is synced with the larger audio program, which is why this license is required.

Because a song’s rights-holders might not want to associate their music with a given program’s message, sync licenses can be difficult to obtain. First, any rights-holder can say no and stop the license dead in its tracks, something that doesn’t apply to usages governed by compulsory licenses. Second, there is no limit on compensation, meaning rights-holders can ask for as much money as they want. Finally, podcasters must obtain a license from every rights-holder in both the master recording and the song’s publishing. A record label typically controls the master and one or more publishing companies or songwriters usually own the composition, so sync licenses can end up costing a lot. In general, publishing fees usually fall in the $1,500-$2,500 range, and master fees can be anywhere from $1,500 to $10,000; it all depends on the rights-holders.

Many podcasters rely on “fair use” to cover the music in their shows. This allows for the usage of a small portion of a copyrighted work with no license in a few very specific conditions — if the usage comments upon or parodies the original work, or if the use is “transformative.” Since many podcasts are dedicated to album or song reviews, or to breaking down a song and examining why it works, they can claim fair use since they are critically commenting on the original track. For example, The Combat Jack Show successfully relied on this concept for its music usages.

However, as someone who has spent several decades clearing music for a wide variety of purposes, I would strongly recommend steering clear of fair use as a legal justification for using copyrighted music in your show. I have seen countless court cases where judges ruled against people using this defense, and the damages can be massive. For example, artists who lose copyright infringement lawsuits over music sampling can legally be charged $150,000 per sample, per copy of the song distributed. Don’t let it happen to you.

3) You Need to License Your Guests’ Music

Even if an artist is appearing on your show to promote their music, you still need to get all the proper licenses on the master and/or publishing side if you want to play their recordings or have them perform live. Many artists don’t own 100% of their master or publishing rights, especially if they are signed to a record label or a publishing company. Typically, labels own the master recordings for artists they sign, meaning your guest does not have the power to grant you a license. The same applies on the publishing side, though it’s a bit more complicated. Provided the artist wrote the song themselves, they likely retain a split of the publishing rights, but their publishing company will also own a split and need to sign off. Further, if the artist did not write the song alone, then there could be several other songwriters and publishing companies you’ll need to negotiate with.

If you want to play a recording, you’ll need to get licenses for both the master and publishing, while a live performance requires only publishing. Either way, don’t take your guest’s word for it when it comes to music licensing. Do your research! (Or hire me to do it for you.)

4) Solutions Are on the Way

This all sounds very daunting, but there are several companies with services either already launched or coming soon that can help. For example, Soundstripe offers high-quality original music pre-cleared for podcast usage, all of which can be utilized for a monthly subscription fee. Stationhead allows users to create their own shows using music from subscription services like Spotify and Apple Music, then save it and make it available for on-demand access to others who subscribe to those services. And most promisingly, SoundExchange and SourceAudio recently announced a collaboration that will make many more music recordings available for simple licensing at Podcastmusic.com. But remember, do your research on any site offering “podsafe” music. While there are many legitimate options available, many simply don’t have the necessary permissions.

In the end, two things are clear: podcasts will continue to grow and become more lucrative, and a new framework for podcast music licensing is necessary to allow both hosts and rights-holders to benefit. Since we are still on relatively new ground, I am confident we will find the right balance eventually. But in the meantime, we must help podcasters and rights-holders come to an understanding on fair license rates that won’t break the bank, make it easier for podcasters to find rights-holders or legitimate sites offering pre-cleared music, and streamline the process so that there are no unwanted surprises and everyone wins.