Podtrac released its chart of the top 20 podcasts for January. The month displayed a shift toward news and politics programming.

The Daily from The New York Times stayed at the top of the pack, and NPR News Now edged out Up First for second place. Dateline from NBC News rose nine spots to No. 8, and the broadcaster had a debut on the ranker with The Rachel Maddow Show at No. 19. FOX News Radio Newscast debuted as well, taking the final slot.

Podtrac noted that both NPR News Now and FOX News Radio Newscast are shows that publish multiple times a day. While their figures are still compliance with the latest IAB guidelines, Podtrac said that “a segment of their audience members may listen to these shows from multiple locations throughout the day and present themselves technically as multiple unique users.” 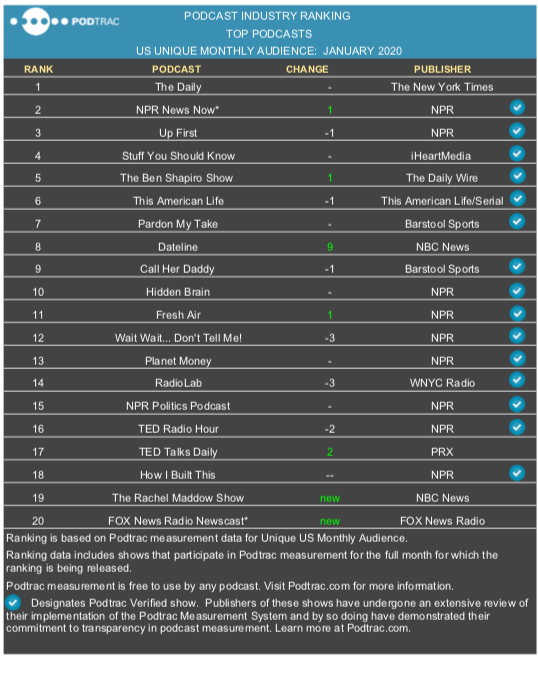