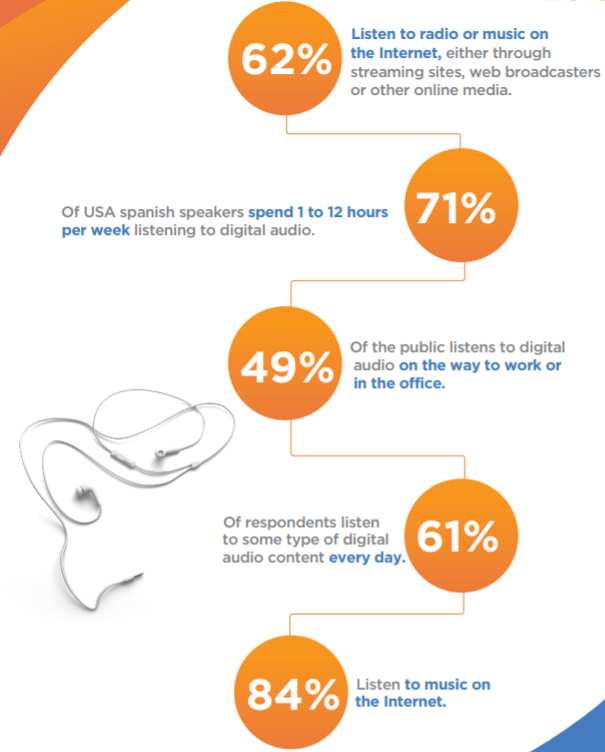 In all this listening, 81% of it is music, with much smaller percentages assigned to news and sports.

Advertising effectiveness is part of this study, with 625 of respondents claiming to have purchased 2-10 products promoted via digital audio advertising in the last year. Along with that, the ad load appears well  accepted by 715 of consumers who rate the ad frequency as scarce or moderate.

Product categories are represented. Technology is of greatest interest (27% of survey participants, followed by appliances and cars. Concert tickets register as interesting to 13% of listeners.

Participants were queried about their favorite listening brands and services. YouTube came out in the lead by far, with nearly 48% of people citing it. Pandora, Spotify, Google Play and iTunes all received double-digit recognition. Two Latin-oriented services are represented in the cohort of services: La Musica (6.1% in the survey) and Uforia (3.9%)

The survey queried 478 individuals in the first week of January — this is fresh data.