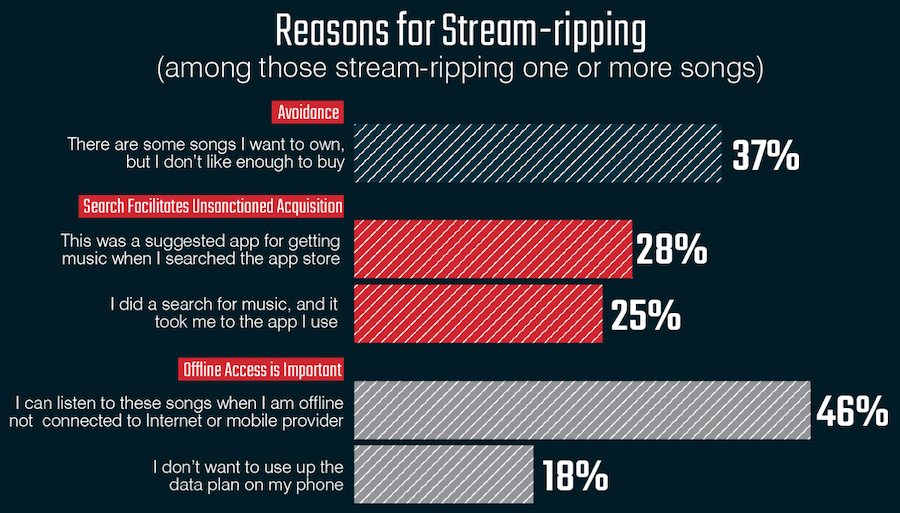 MusicWatch has released its new annual study into piracy in the United States, and found that stream-ripping remains a major issue in the country. The report estimated that the U.S. had 17 million stream-rippers in 2018, a rise from 15 million in 2017. The report also tracked volume for stream-rippers, with the top 30% of people engaging in the activity are copying 112 files, or the equivalent of more than ten full albums, per year.

The people who identified as stream-rippers were 50% more likely to be using YouTube for music or music videos. Given the popularity of lifting the audio files out of uploads from that video platform among stream-rippers, the heavy YouTube use isn’t a surprise. More than two-thirds (68%) of stream-rippers are between the ages of 13 and 34, and 56% are male. Almost half (48%) have a household income of between $75K and $199K, but 34% said they are full-time or part-time students.

The top reason given for stream-ripping was offline listening, with 46% of the respondents. The second, with 37%, was an odd statement of ambivalence: “There are some songs I want to own, but I don’t like enough to buy.”