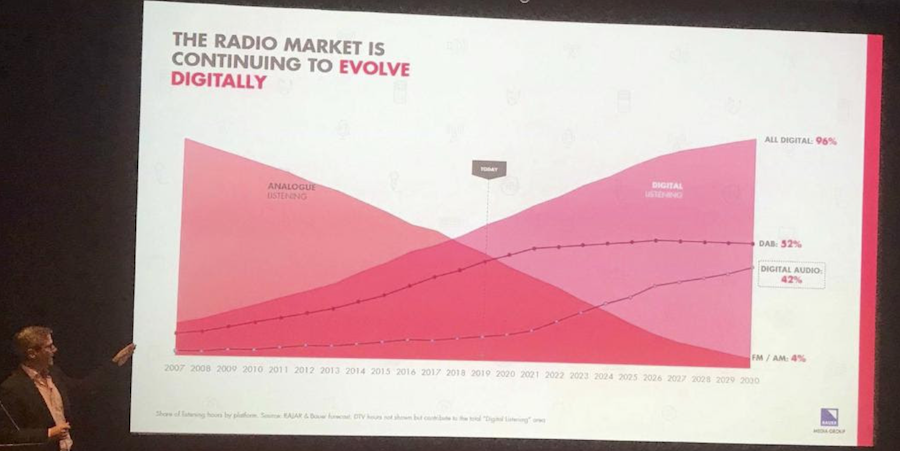 Lots of lovely data this week.

Above: a fascinating graph from Bauer Media in the UK, at a Future of Audio conference in London last week. Actual data on the left, and Bauer’s guess on the right. They seem to think that DAB’s growth will, to all intents and purposes, stall in two years; and that “digital audio” (which I guess is both online simulcast but also other radio-like services) will continue to grow. Of note: even if the above is correct, by 2030, DAB will still be bigger than the internet, which is an interesting thought. Source