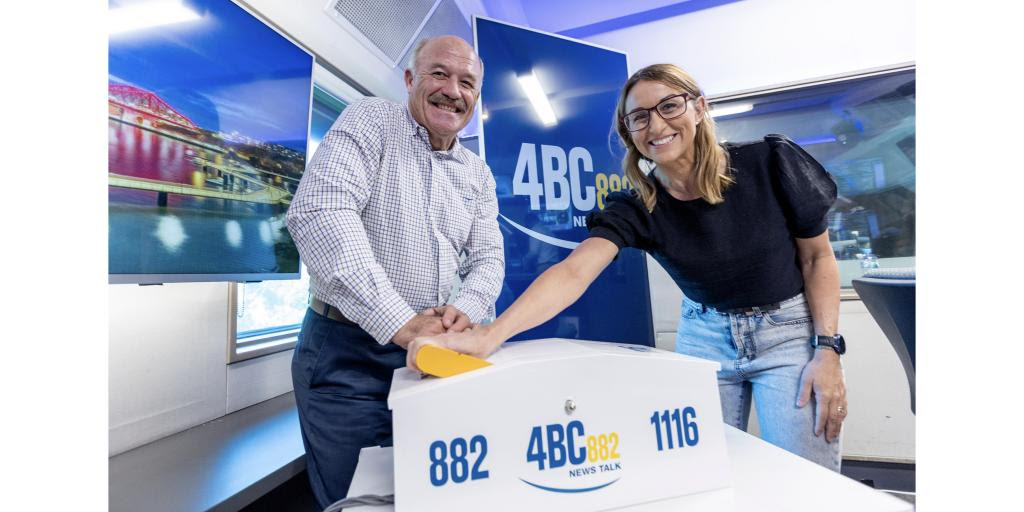 Above: Rugby league legend Wally Lewis and former Olympic swimmer Hayley Lewis, no relation, help 4BC switch frequencies. This switch seems to have four cables coming out of it, which seems an interesting detail for a prop. Did… did it actually do something?