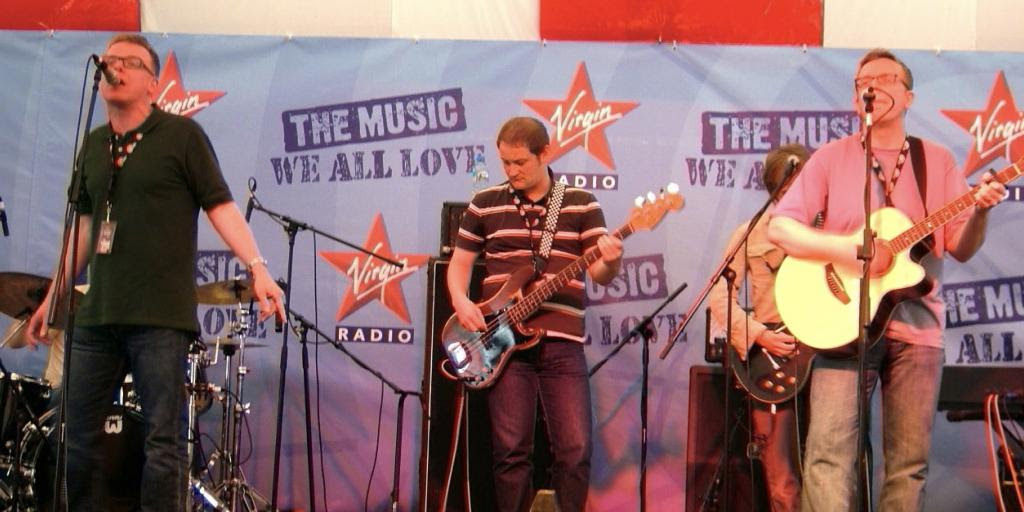 Above: not from Jono’s time at Virgin Radio, but have this picture of The Proclaimers in the V Festival tent from 2005. Och no!

While the BBC snootily relegated him to a local news story (and called his co-presenter “Russell Williams”), Jono’s death was quite rightly big news all over Australian media, with obits on 9 News, ABC Australia and many others.

Here’s an hour of him looking back at his life ▸ on David Lloyd’s excellent Radio Moments, with the quote: “I’ve been a very, very lucky little fat bunny.”

Thank you to Hausa Dictionary, Richard Hilton, and Brun Audio Consulting for your ongoing support of this newsletter. I’m very grateful to you.