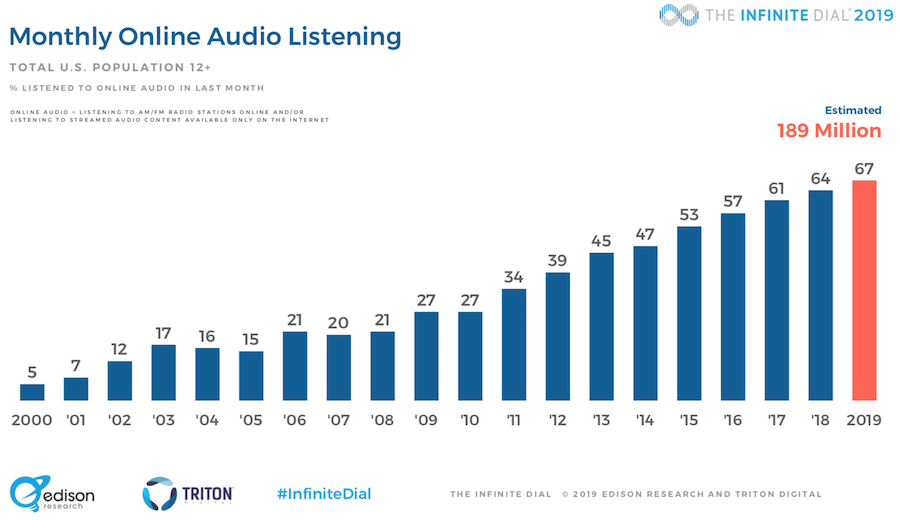 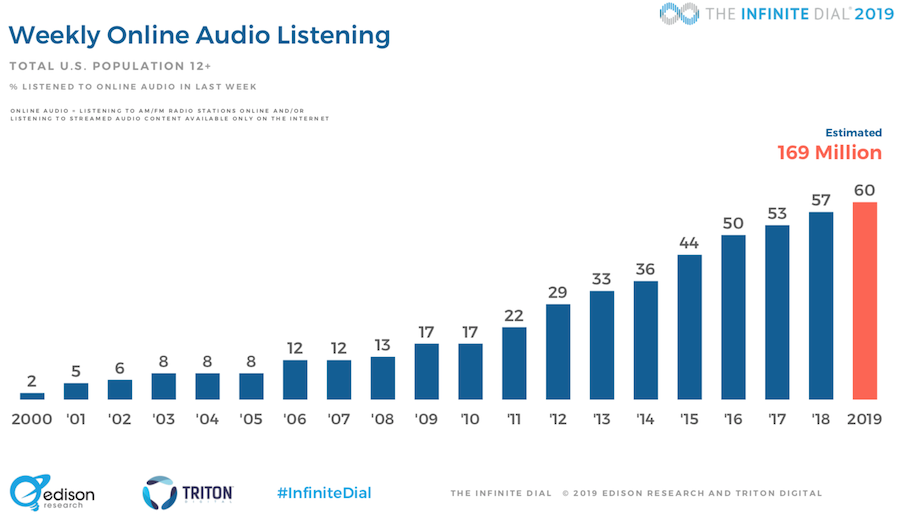 Weekly online audio listening also followed an ongoing trend upward. Sixty percent of all respondents had listened to online audio in the past week. Like with the monthly figure, weekly rates have been up since a consecutive 17% was reported in 2010. The rates also indicate that a large portion of the monthly audience is also represented in the weekly audience. An estimated 189 million are tuning in monthly, and the weekly audience was pegged at 169 million.

The Infinite Dial has observed a less obvious pattern in the average time spent listening, which has taken some big dips in the year-to-year assessments despite an overall upward trend. In 2019, the weekly online audio audience reported an average of 16 hours, 43 minutes of listening. It’s the highest figure yet recorded by the survey, following up 13 hours, 40 minutes in 2018 and 14 hours, 39 minutes in 2017.

Audiobook listening also saw a slight bump in 2019. Half of the participants said they have ever listened to an audiobook, reaching a new milestone after several years of responses hovering between 43% and 45%. 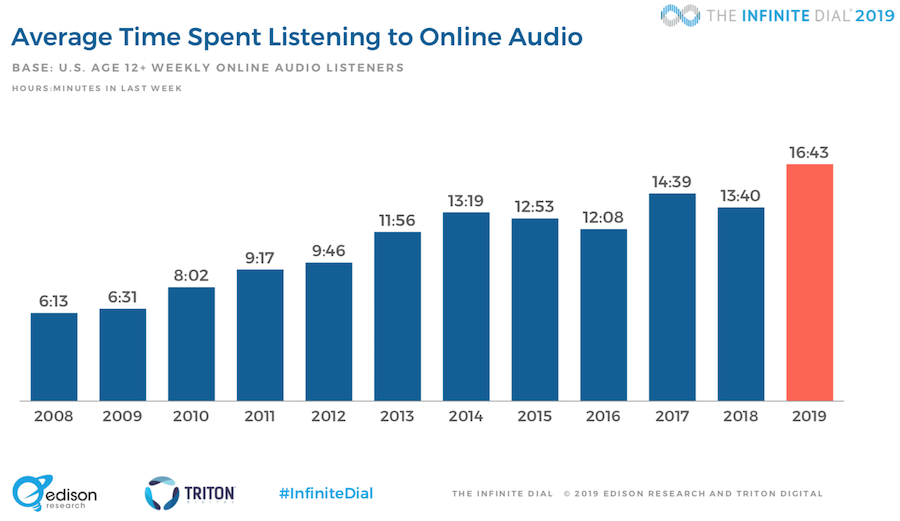