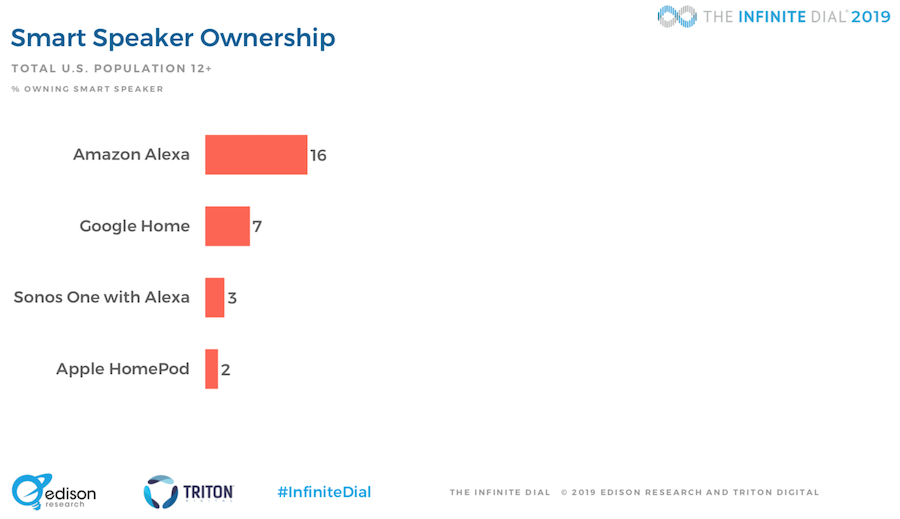 The U.S. market for smart speakers continued to be topped by Amazon. The conglomerate’s Alexa voice assistant posted an ownership rate of 16%. The Sonos One, which currently only supports Alexa, had its own 3% share of the results. The Google Home product line is the clear second place domestically with 7%. Apple HomePod remains a niche product with just 2%. These results for brand preference echoed the statistics in the 2018 Infinite Dial report, which found greater brand awareness for Alexa than for Google’s rival option. 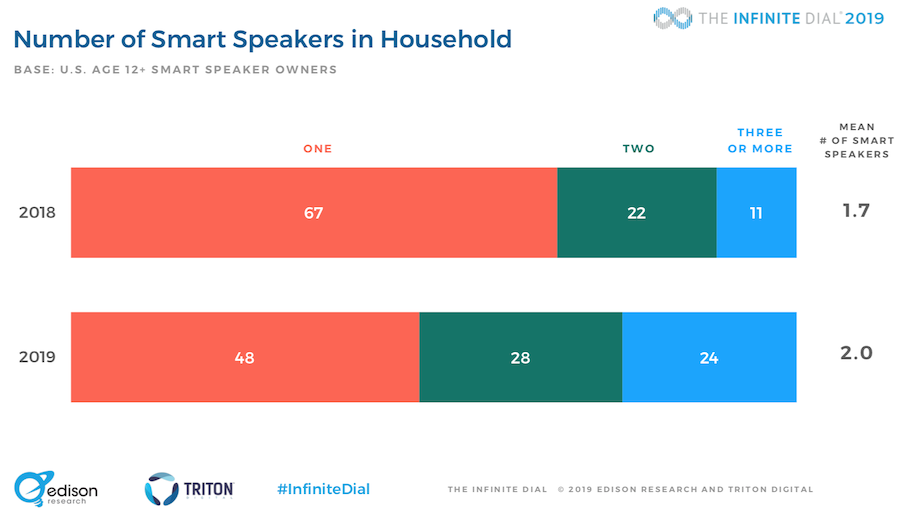 Within the audience of smart speaker owners, the 2019 survey noted a small shift toward multiple devices. “That suggests that when people go back to buy their second device, they’re not just stopping at two,” said John Rosso of Triton Digital in the presentation of the results. The mean number of smart speakers in a household edged up from 1.7 in 2018 to 2 in 2019. The share of respondents with three or more smart speakers more than doubled from 11% to 24%. Likely this means that the early adopters have committed to the product category and are continuing to make purchases even as the overall number of owners has also grown.

The survey also tracked ownership of mobile devices. Smartphone ownership continued to creep upwards, although it appears to be reaching a tail for growth. In 2019, 84% of the U.S. population older than 12, or an estimated 237 million people, owned a smartphone. Tablets saw a jump in ownership after a first-time dip in 2018, rising back up to 56%, or about 158 million people.