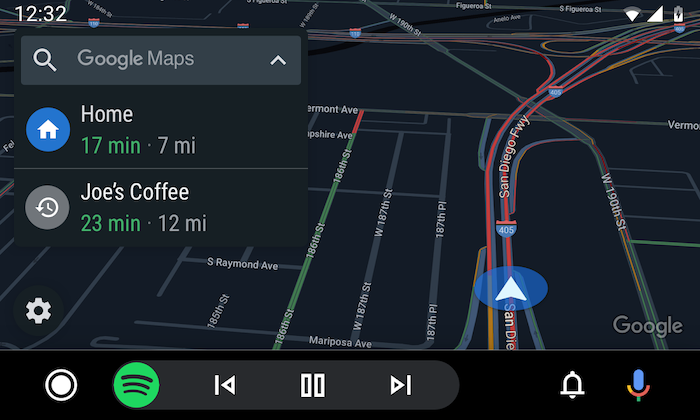 Google has updated its Android Auto in-car infotainment system. The changes include a greater focus on the Google Assistant voice AI.

Several apps on the main screen have a badge noting their support for the voice platform. The experience of using Android Auto was redeisigned to take fewer actions to launch apps. There’s also a navigation bar at the bottom of the screen for simpler control over multiple programs while driving. Google Assistant can also read out notifications, make calls, or send messages while the user is driving.

The company announced the changes during its Google I/O 2019 event. Other options added to the infotainment system include aesthetic choices such as a dark theme, new fonts, and new color accents.

Google is rolling out the new version to cars with built-in Android Auto support. It will not be adding these adjustments to the standalone version of the Android Auto smartphone app, although the company noted that it has plans to more tightly integrate its voice service’s driving mode into the app in the future.