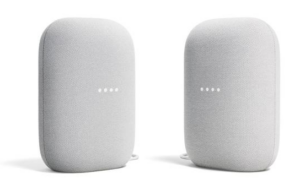 The patent lawsuit pertained to Sonos controls of speaker groups, and Google lost all five counts of infringement that Sonos bought against the company’s Nest speaker technology — smart speakers which embody the Google Assistant artificial intelligence.

The verdict was handed down by the US International Trade Commission.

Results of successful patent cases can play out in different ways. Notable in this case is Google’s decision to strip out the litigated software technology which controls groups of Nest speakers (e.g. changing volume synchronously in a speaker group), rather than paying Sonos royalties for using its patents. That course of remediation egrades the product for consumers, and is resulting in some user backlash.

“The volume change is the biggest annoyance,” according to Ars Technica, which notes that Google is “stripping functionality” and “sending downgrades to consumers.”

Specifically, Google posted a message on the public Google Nest community page. “Due to a recent legal ruling we’re making some changes to how you set up your devices and the Speaker Group functionality will work moving forward,” the Community Manager posted, followed by a bullet list of specifics, some of which are fairly technical.

Vocal and connected users are unhappy. “This is not ok,” one wrote. “Completely negates why I bought into Google speakers for the house.” Some users are calling for rebates.

One more: “So you got sued by Sonos and we pay the price? Either get some better lawyers and win the suit or pay Sonos a royalty or start issuing refunds to customers.”