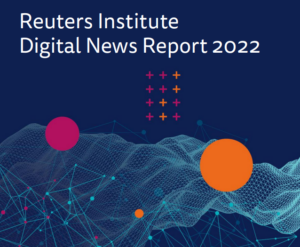 In its wide-ranging and detailed survey of news consumption around the world, Reuters discovered that podcast usage is growing again in 2022 after what it describes as a “COVID-19 pause.”

“Podcast growth has resumed this year in more than half of our markets after COVID-19 had disrupted the commute to work, negatively affecting news consumption,” the report states.

In this metric, Reuters studied 20 countries where the company was “confident that the term ‘podcast’ was well understood.” In that broad set of populations, it was found that 34% of respondents accessed a podcast in the last month; that is a three percent gain compared to 2021. Among those 20 countries, Ireland had the highest percentage of monthly listeners at 46%, which is a 5% gain over the previous year. Sweden (which Reuters notes is home to Spotify) gained seven percent to 44% of the population listening monthly. 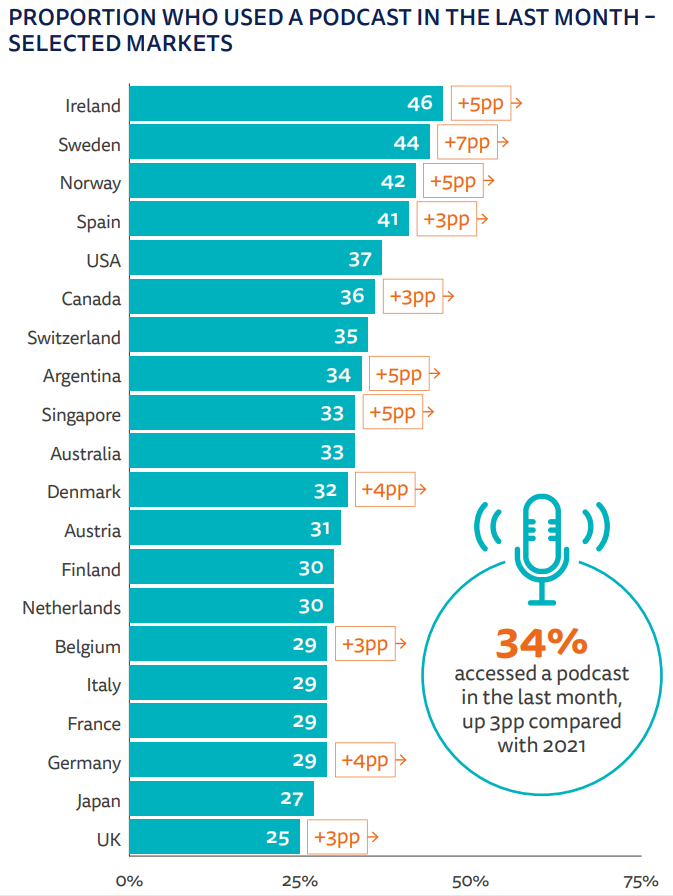 In its conclusion to the general metrics section, Reuters makes this sober assessment about global news consumption across all media categories:

“While some individual news media have clearly been very successful at building online reach or convincing people to subscribe, and developed new offers across podcast, video, and newsletters, this year’s data show many publishers are still struggling to come to terms with structural changes that have been ravaging the industry for more than a decade.”