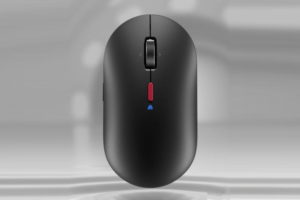 There’s not reason why a smart speaker must comply with the traditional stand-alone, single-function design which has made voice assistants famous. Chinese smartphone maker Xiaomi has crowdfunded its way to releasing the Xiao Ai mouse, a smart peripheral does performs all normal mouse-like duties, and is equipped with a microphone and speaker. And smarts.

The device is clearly meant as an adjunct to daily computing. It can record messages and transcribe them. It can translate. It can control other smart devices. The Xiao Ai mouse is currently fluent in Chinese, English, Korean, and Japanese.

Over 17,000 people contributed to the crowdfunding effort which led to this product’s release. The fundraising total was over $180,000. Funding participants received the mouse for about 18 dollars (129 Yuan); full retail is about $21.