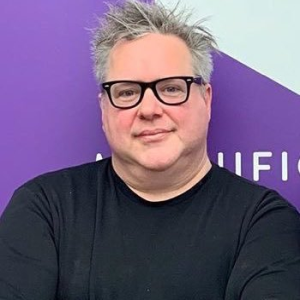 Last week I traveled to Lisbon to be a part of Radiodays Europe (and let me tell you, travel to interesting places didn’t get any less fun following the pandemic). I led a podcasting “Masterclass” (that link is to a blog post that kinda slaughtered a few of the things I said, but the more important points came through).

I was also asked to participate in the closing session, where six people were asked to each come up with five ideas to share with the attendees (who were mostly radio broadcasters based in Europe). Each of us spoke on a different subject; mine was podcasting. We were each given six minutes to share our five ideas.

I had emailed my five ideas to the moderator a few days before, but wrote no notes and just spoke about them off the cuff. I was the only presenter who came anywhere close to hitting the six minute mark, in fact I came in at 5 minutes and 37 seconds.

I recorded it if you want to listen. Below is a lightly edited transcript of what I said.

My name is Eric Nuzum. I’m the co-founder of Magnificent Noise, which is an audio production and consulting company that’s based in New York City. And I have five pieces of advice for those who are interested in podcasting.

Idea Number 1: Don’t be a podcaster.

That’s not meant to scare you away from podcasting. It is meant to encourage you to not think of yourself as a “podcaster.” I come to lots of radio conferences, and I’ve talked to lots of radio people who share a kind of a quiet, existential angst about the future.

And I tell them your problem isn’t the future of radio. The problem is you’re defining yourself as a “radio producer.” You are an audio maker. In 10 years, all the people who now identify themselves as “podcasters” are going to share that same anxiety when something new comes along as a way to distribute audio. So think of yourself as an “audio maker” and go where the audience goes. Stop worrying about the platform you’re on.

I don’t know how many times I’ve talked to someone who hasn’t even started making a podcast yet, and they say,  “I’m going to do an interview show.” Or “I’m going to do a ten-part narrative about subject X or subject Y.” And I’ll say: How do you know when you start, that every episode you’re going to want to do is going to be a narrative story? How do you know when you start that everything is going to be an interview? Why are you confining yourself when you haven’t even started? Especially in a medium where there are no rules.

So if you have your ten-part narrative series, why not add in some smaller episodes or an interview with an expert that could be like a diversion or a side channel and think more expansively about what your podcast can be?

When I speak to podcasters, I often ask if every episode of your podcast had the same format and approximate length. 90% of the people in the room raise their hands.

Many organizations are pursuing podcasts as a means to reach new audiences–as a new generation–or to reach outside of their geographical bounds–to reach into other elements in their community that they haven’t spoken to before or who share common interests.

But despite the interest in talking to new people, they have the same bunch of…usually middle-aged white radio executives…deciding, “Oh, what you’re making does or doesn’t work.”

People in audio or maybe just people in general, look at the drive to diversify audiences like it’s a mystery. They consider it to be like a riddle that we haven’t found the answer to. Well, the answer is incredibly simple. We just don’t want to accept the answer.

The answer is, and I’m oversimplifying, I admit, that the person behind the microphone is the person who’s going to listen. Period.

And if you aren’t putting your target listeners behind the microphone, how do you expect them to care or listen? And if you’re trying to figure out if this content works for that target audience, why are you asking your old audience or your old executives? Why not go to your new target audience and ask them if it works for them?

And if it doesn’t work for them, fix it. It isn’t a riddle.

Idea Number 4: You are not in the audio business.

When you are making podcasts, you are not in the audio business. You are in the community building business.

You are establishing a hub for a community of people who love a subject or a topic and want to communicate with you and others, and interact about it.

It is not a passive experience. It’s not like broadcasting where you send “one to many”–where it is a one way conversation. Podcasting is a two-way conversation. Every successful podcast has either built a community as they built their shows–or the listeners created their own community. There was an article in The New York Times last year about how fan pages are popping up on Facebook, even when the podcast creators aren’t really even involved. They find each other and start forming a community.

If you want to be successful in podcasting, it’s not “let’s make this and then put it out there.” It’s got to be that while you are thinking about making it, you also think about how you are going to build a community around it.

You would think this is a pretty obvious thing, and yet every day I hear boring stuff.

Don’t assume people are going to be interested in the things you make. Go out with the perspective: I challenge you to turn this show off, because I’m gonna make every moment count.

If you don’t just capture someone, they’re gone. Someone else would gladly do that work for you.

That’s it. Thank you!

Note from Eric Nuzum: I basically do this newsletter for free. If you find value in it, you are also always welcome to buy me a coffee…except I don’t drink coffee. But if you use the BuyMeACoffee link, it will go towards Stone Brewing IPA (the best production beer I’ve ever tasted) or my favorite table wine, Ciliegiolo, or as it is called in our house, Klingon Jello.