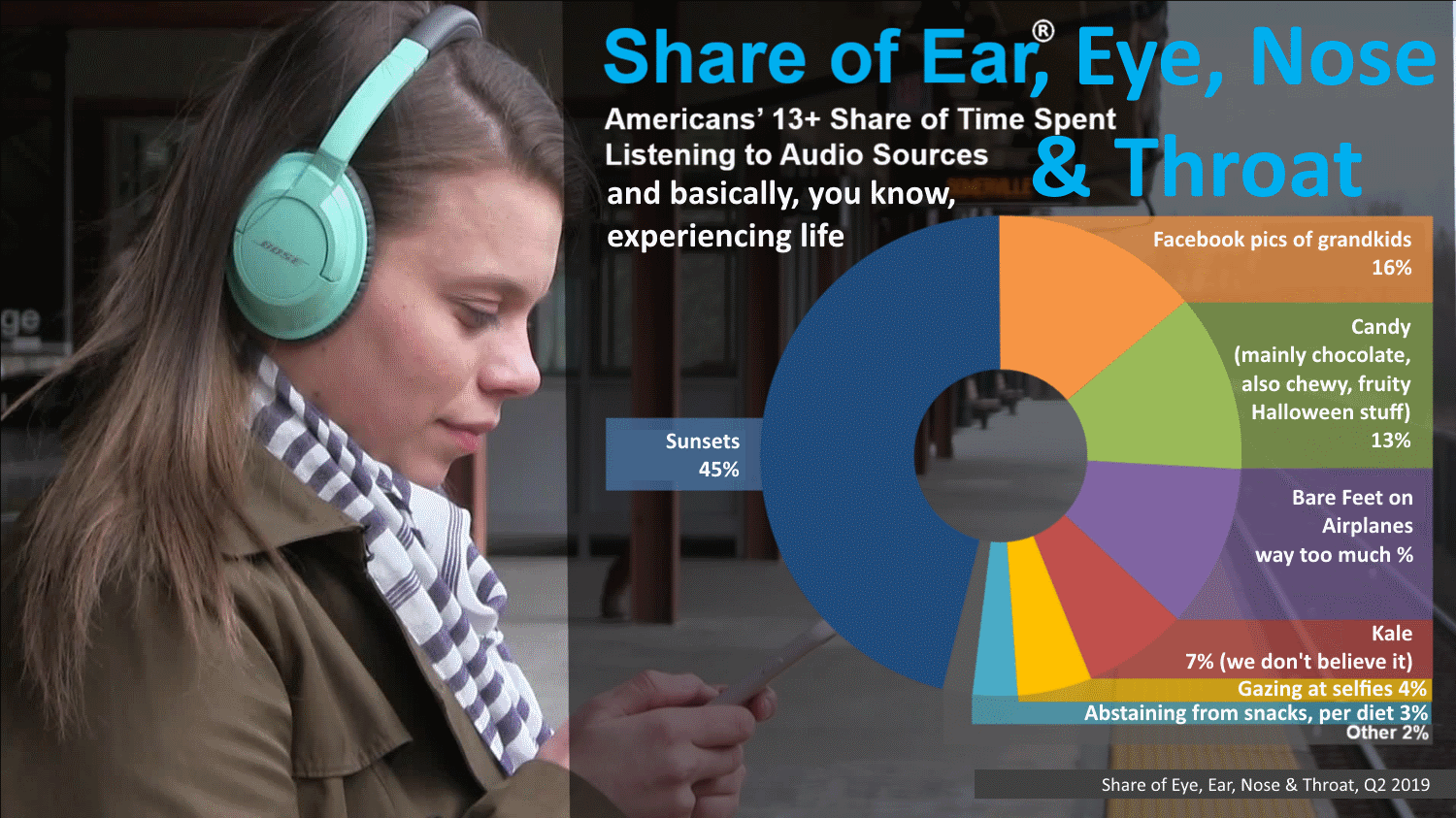 In an unforeseen and ambitious expansion, Edison Research has announced new components of its long-running Share of Ear consumer study. Taking advantage of a staff increase announced over a year ago, the research company is adding Eye, Nose, and Throat to its famous measurement of American listening.

“We have long realized how limiting it is to measure listening while ignoring how Americans see things, smell things, and taste things,” noted Larry Rosin, President of Edison Research. “This change to Share of Ear brings us into alignment with an important medical specialty while helping more industries understand the full  range of consumer sensations.”

“Nobody asked me what I thought, that’s all I can tell you,” said Tom Webster, SVP, Strategy & Marketing.

“We were motivated to expand Share of Ear by preliminary research that exposed startling new aspects of the American experience,” said Rosin. “The data on phlegm alone are staggering.”

Subscribers will start seeing the expanded reports (and possibly smelling them and tasting them, who knows) later this year.