An upcoming “Spoken Word Audio Report” produced by Edison Research and NPR, which will be released in two weeks, will document that, according to Edison’s sample of “Share of Ear” diarykeepers, podcasts are now Americans’ primary source of personality/talk (as distinct from music, sports, and news) audio listening.

During the same period, “other” platforms (which presumably includes such platforms as satellite radio and YouTube) increased their share from 14% to 20%. 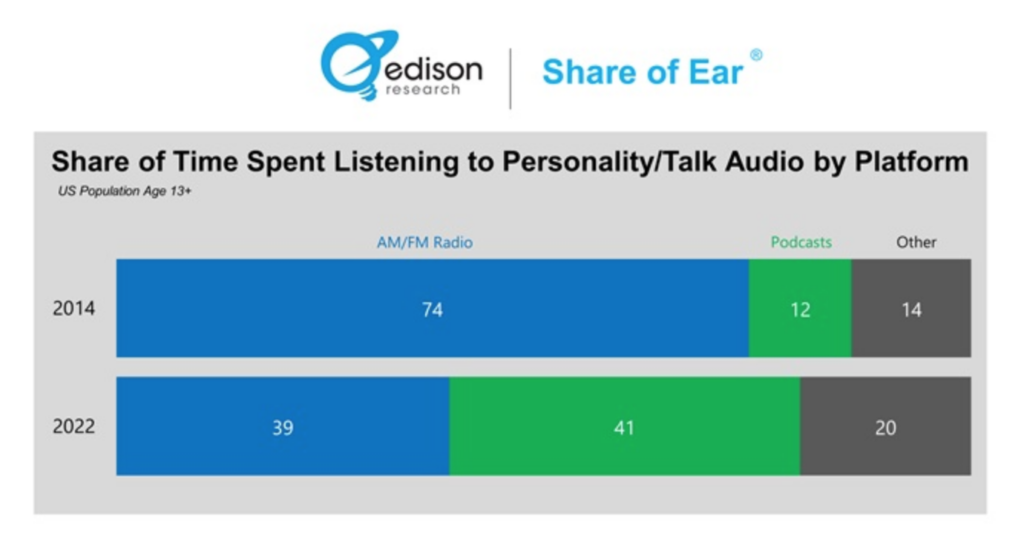 That said, the 2022 percentages vary wildly by demo. 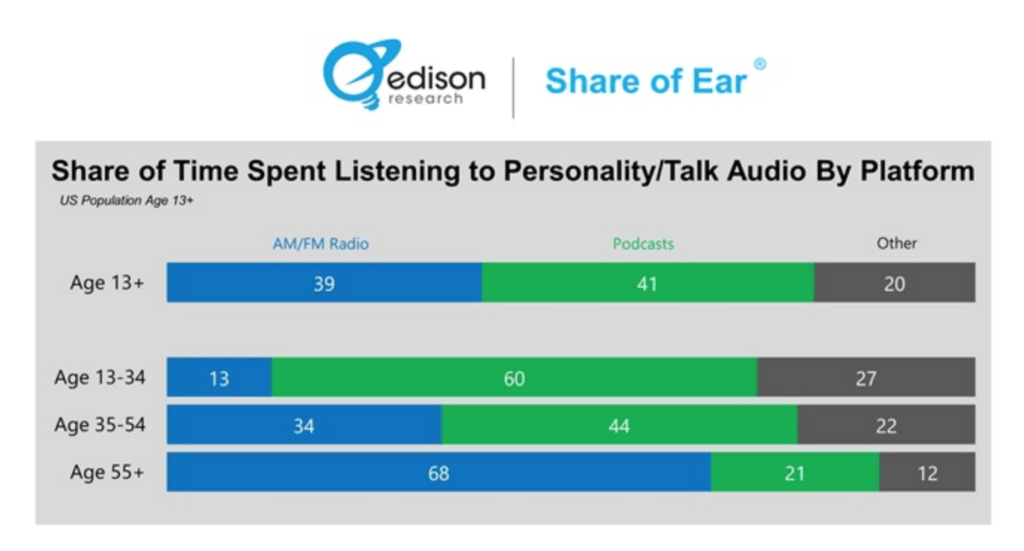