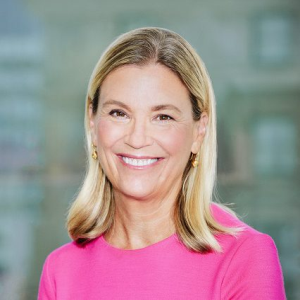 In last week’s Q3 earnings call for Cumulus Media, one of the largest radio groups in the U.S., CEO Mary Berner laid out the growth of her digital business, which has three components:

Digital revenue grew 51% in the quarter according to Berner, who did not identify dollar revenue numbers for the quarter, for the three-pronged group. (She did note that in September, the streaming business and C-Suite each booked $2-million.)

There seems to be a revenue parity among the digital divisions: “As we sit here today we view each of our 3 digital businesses as critical to the growth of both our top and bottom line with revenue divided among the 3 roughly 1/3, 1/3, 1/3,” said Berner. “Streaming is our highest margin digital business with contribution margins comparable to core broadcast radio. Podcast is our lowest margin digital business but we still generate a healthy margin and have from the beginning. And C-Suite’s contribution market this fall in between these two.”

She noted that C-Suite addresses a market of 30,000 local businesses which currently are engaged with Cumulus in some fashion.

The podcast business is spearheaded by The Ben Shapiro Show, Westwood One Podcast Network’s flagship. Overall, Mary Berner claimed that the network serves about 70-million downloads per month. That is an impressive an interesting number. If Westwood One appeared in Podtrac’s Top 10 Publishers monthly ranking, it would probably land somewhere in the middle. Podtrac ranks top publishers by unique audience, not by downloads. but six of the ten represented publishers in October had at least 15-million fewer downloads than Cumulus’s self-reported 70-million. (Podtrac lists measurement clients.)

Berner also noted that her podcast network revenue grew 85% in  the quarter (unclear to us whether that is year-over-year or quarter-over-quarter).

In the Q&A portion, one analyst characterized Cumulus’s digital results as “a very big positive surprise.”