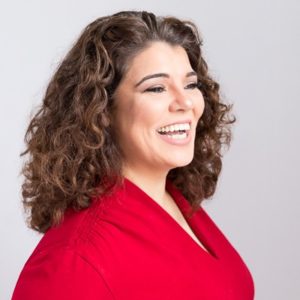 Martin Luther King’s birthday is a national holiday of remembrance and commemoration, but not of celebration for public radio veteran Celeste Headlee and 200 people in public media. This loose organization has been working for months on a movement against institutional racism, and a roadmap for structural corrections in public media related to diversity, equality, and the very conception of journalism in publicly owned media.

Today Headlee has published the first public result of conversations that started last July, a manifesto titled “An Anti-Racist Future: A Vision and Plan for the Transformation of Public Media.” [Read it HERE.]

The 6,500-word document is partly accusatory, partly diagnostic, partly reformative. It lays out a severe version of reality in public radio for non-white staffers, while connecting that view to broadly structural assumptions that are broadly endemic to society. An example from the preface:

“White supremacist culture and anti-Blackness shape the policies, norms, and standards of public radio. They determine whose opinions are valued, whose voices are heard, whose stories are told and taken seriously, who is promoted, and whose resume never gets a second glance. Historically, Black on-air talent are told their dialect and speaking voices do not fit the public radio prototype. There is a strong bias against journalists who have a distinct ethnic or regional tone in their vocal delivery.”

The Kerner Commission of 1968 is referenced — it concluded that black communities were not sufficiently served by the news media in 1968. Headlee asserts that public radio has not done enough in its lifetime.

“Racism is not a knowledge problem,” Headlee says. “We know it’s wrong. We’ve known that it’s wrong for hundreds of years, but we’re making racist decisions anyway. Racism is a behavior problem.” Following this diagnosis, Headlee’s working group prescribes much more deliberate and remedial solutions. “The systems we’re comfortable with are sustaining the discriminatory system that favors white males. Comfort is the enemy at this point. The work that faces us is painful and frustrating and profoundly uncomfortable.”

The most striking call to action is a basic redefining of journalism. “It’s time for a new kind of journalism: anti-racist journalism,” Headlee writes. “We hope to tear down public radio in order to build it back up.”

“End the pursuit of objectivity, and instead pursue fairness, transparency and accuracy.” –Celeste Headlee

Each of these is segmented into four parts: Vision and demand, Rationale, Implementation, and Accountability. The result is a rigorous action plan in principle. It lays out a thorough and unflinching reworking of familiar processes and assumptions, and reframes the workspace for solution of institutional racism.

The position paper is signed by about 200 people working in, or associated with, public radio. The best known signatories are station heads like Tom Godell at WUKY (“Every person of color in this organization has a story to tell, and it’s not a good one.”). Best known among those heads is Goli Sheikholeslami, President and CEO of New York Public Radio. She took the opportunity to promote her organization’s upcoming 2021 Race Equity Action Plan, which will be  released soon.