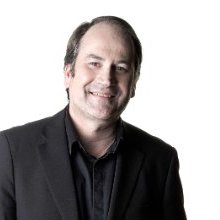 Bob Shennan has been promoted within the BBC. Beginning in April, his new post will be the newly created role of group managing director. In this capacity, Shennan will be in charge of strategy, policy, legal, commercial rights, business affairs, and partnerships for the UK broadcaster.

Shennan’s tenure with the BBC began back in 1987 and he has held a range of roles over the course of his career. Most recently, he assumed the role of director of radio and music in October 2016.

“Bob’s a great leader: he enables people working for him to give of their best – and he’s proved time and again in sport, in radio and in music how formidable and collaborative he is,” BBC Director General Lord Tony Hall said of the appointment. “I want the BBC to be the best led, best managed and most creative media company in the world. Bob Shennan’s appointment will help deliver just that.”