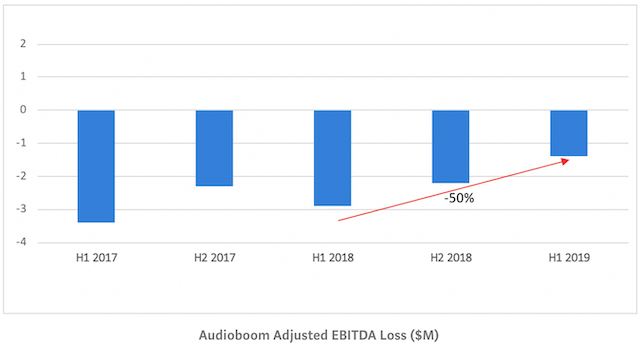 The company said it is seeing better margins from shows in its Audioboom Originals Network and its co-production partnership. COO Stuart Last said in a blog post with the financial updates that Audioboom said will be increasing its commitment to those two outlets, with 10 new shows in development.