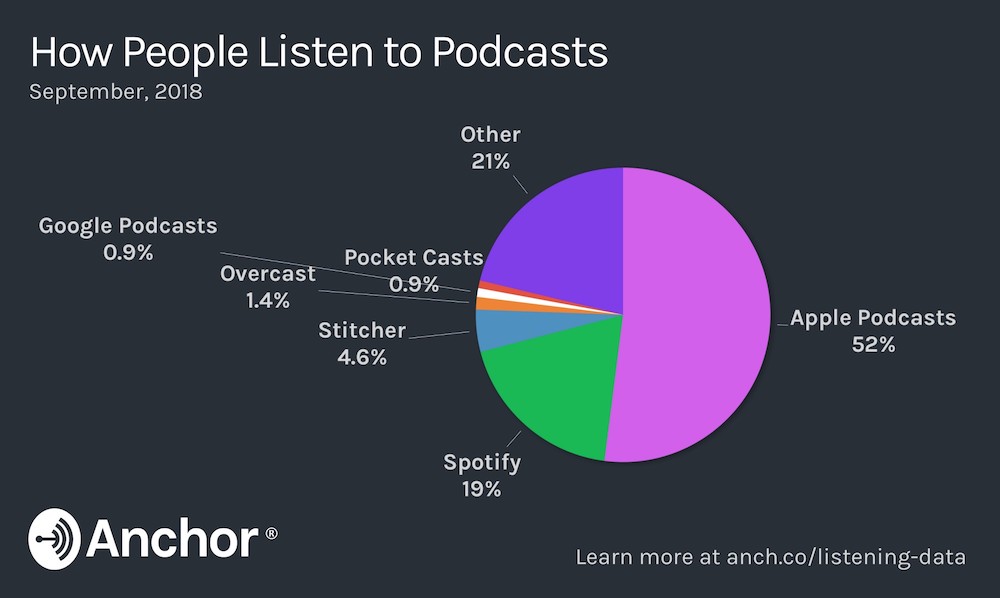 Anchor has released data about how and where people are tuning in to podcasts created on its platform. Following several pivots, Anchor is now a service for free and fast podcast recording and distribution.

During September 2018, more than half of Anchor podcasts were listened to on the Apple Podcasts app. Spotify had the second-largest share with 19%, followed by Stitcher with 4.6%. Overcast had 1.4%, while Google Podcasts and Pocket Casts each had just 0.9%.

The Other category included a range of options such as websites, direct RSS feeds, smart speakers, cars, and other apps with smaller listenerships. That catch-all category secured a 21% share. “This is interesting for a number of reasons, but most of all, it shows just how fragmented the ecosystem really is in 2018,” the company said in its blog post sharing the data. “This group represents a ton of opportunity for consolidation by the bigger players.”