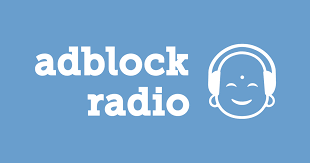 The Pho media/law email list tipped us to a web app which purports to block radio commercials and DJ talk between song sets. Called Adblock Radio, the renegade mission statement is “We improve your radio experience.”

Proclaiming itself as the first working ad filter for broadcast radio, this tool can “skip” ads and DJ chit-chat by either muting it to a barely audible level, or switching to another station. If the user opts for switching, they can opt to stay at the other station (until it plays an ad or the DJ riffs), or hop back to the first station. In our brief testing, the switching (called “hopping”) choice did not work, and our radio stream muted instead.

Anyone can demo this thing — it does require submitting an email address.

Adblock Radio purports to use open source tech to accomplish its ad removal — those open source libraries include ad detection, a buffer player (which time-shifts radio streams by 10 minutes), live metadata for song ID, and more.

This is a European initiative; accordingly, European stations are in the demo. The app brags that 75 “webradios” (station streams) are available for ad-block treatment, across 13 countries. The app promises that Adblock Radio will soon be in smart speakers, DAB, mobile apps, and cars (with an implication that Android Auto and Apple Car Play will be involved).

James Cridland noted this app in his weekly newsletter, and commented: “The idea’s interesting – tune in and you’ll get the station on a short delay (perhaps ten minutes or so); it then recognise ads and chops them out.”