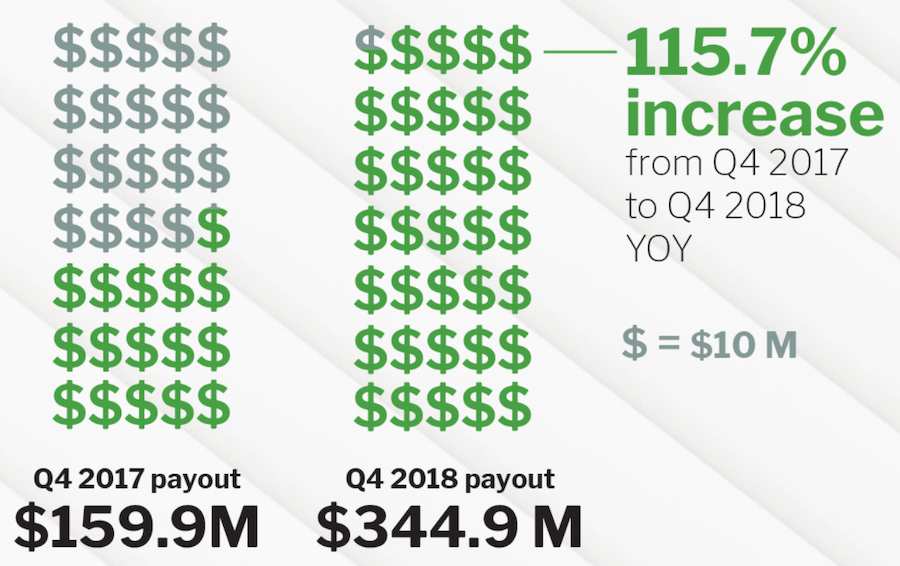 SoundExchange released the details of its artist payouts in 2018. The company distributed more sound recording performance royalties to artists and rightsholders during 2018 than it did in any previous year. The annual total was a record-high $953 million.

SoundExchange released the quarterly and annual results with a nod to one of the major legal accomplishments of 2018: the passage of the Music Modernization Act. “We’re extremely proud of what we accomplished on behalf of music creator,” the company said. “As we look ahead, rest assured that we will continue to do all we can to make sure music creators get paid fairly and that the industry operates in the most efficient, transparent way possible.”