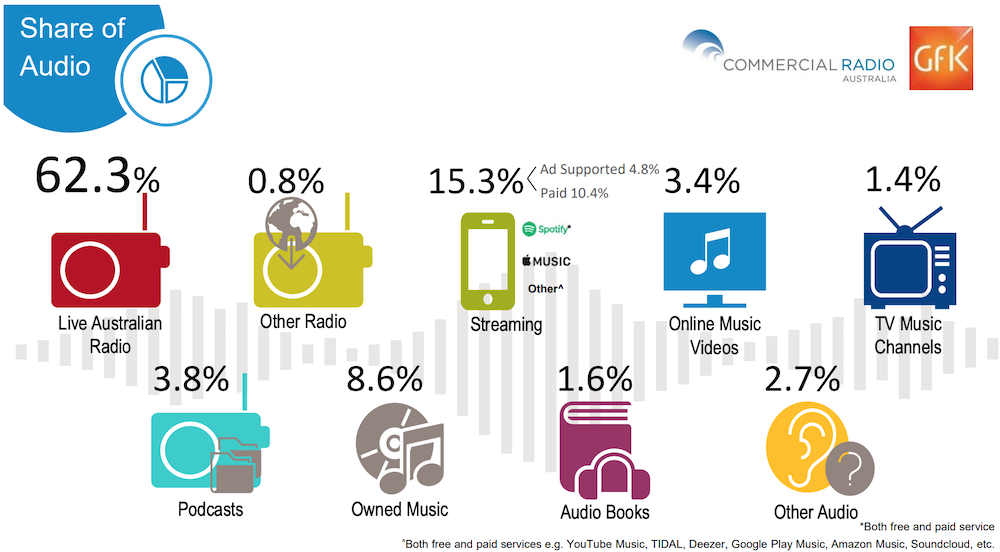 Live Australian radio has a 62.3% share of audio, by far the largest portion for any audio source. Streaming audio came second with a 15.3% share. Podcasts had a 3.8% share and online music videos had a share of 3.4%.

Within the streaming total, paid listening had a share of 10.4% compared with 4.8% for ad-supported listening. More than two-thirds (68%) of all Australian streaming listening is paid. 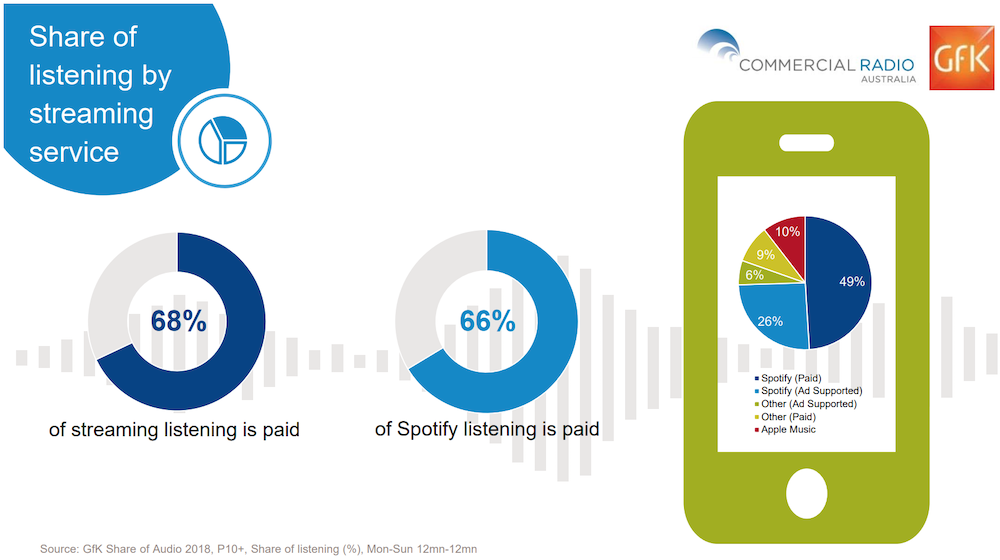 A comparison of the 2018 and 2017 figures in Australia’s metro areas showed how listening habits are shifting. Live radio’s share of audio declined from 65.3%, while both streaming sources grew their shares. Paid streaming rose from 7.1% while ad-supported edged up from 3.9%. The share for owned music libraries posted one of the most notable declines, falling from 12.6% in 2017 to 8.3% in 2018.

Spotify dominates streaming in Australia, and has been especially popular for younger listeners. The platform’s subscribers represent the largest share of listening by service at 49%, while ad-supported listeners secured 26%. The bulk of Spotify listeners fall within the 10-17 and 18-24 age groups. The youngest demographic posted a 32.6% share of listening for Spotify, while 18-24 had a 33.1% share. Among the 18-24 bracket, 84% of Spotify streaming is by paid subscribers. Spotify’s popularity takes a large drop to a 13.4% share of listening in the 25-39 age group, then down again to 6.9% for ages 40-54. In all age brackets except the very youngest and very oldest, paid listening was responsible for a larger share of Spotify listening. 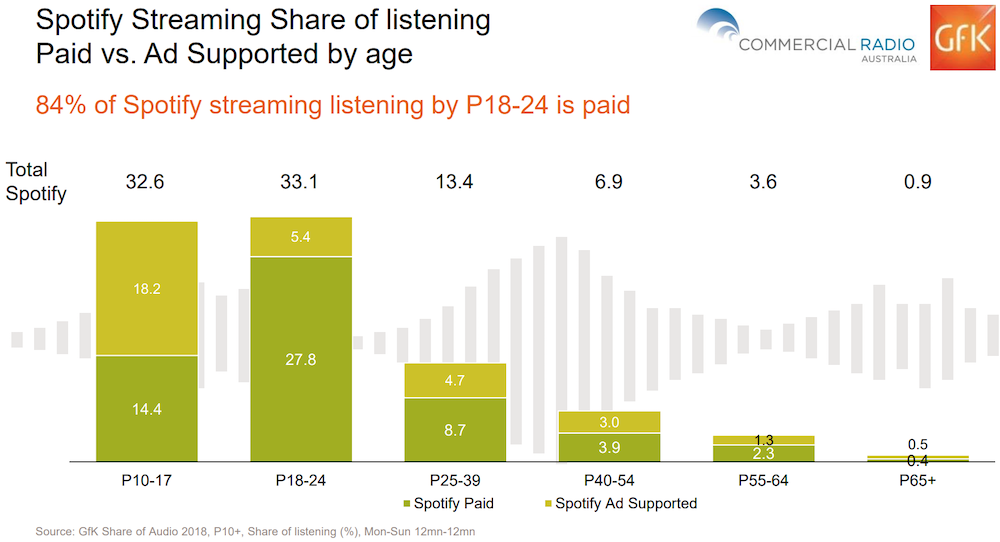 Spotify again topped the daily reach for streaming services at 15.8%. Paid listeners’ daily reach was 9.5% and ad-supported was 6.6%. Apple Music had a daily reach of just 2.9%.

The daily reach comparisons between 2017 and 2018 further emphasized the changes in favor of digital listening. Live Australian radio still has a notable lead, but its reach fell from 68.4%. Owned music saw its reach decline from 18.9% to 14.5%. On the other hand, both streaming sources saw increases in daily reach. Ad-supported streaming rose from 6.2% to 8%, while paid streaming jumped from 9.6% to 14.5%. 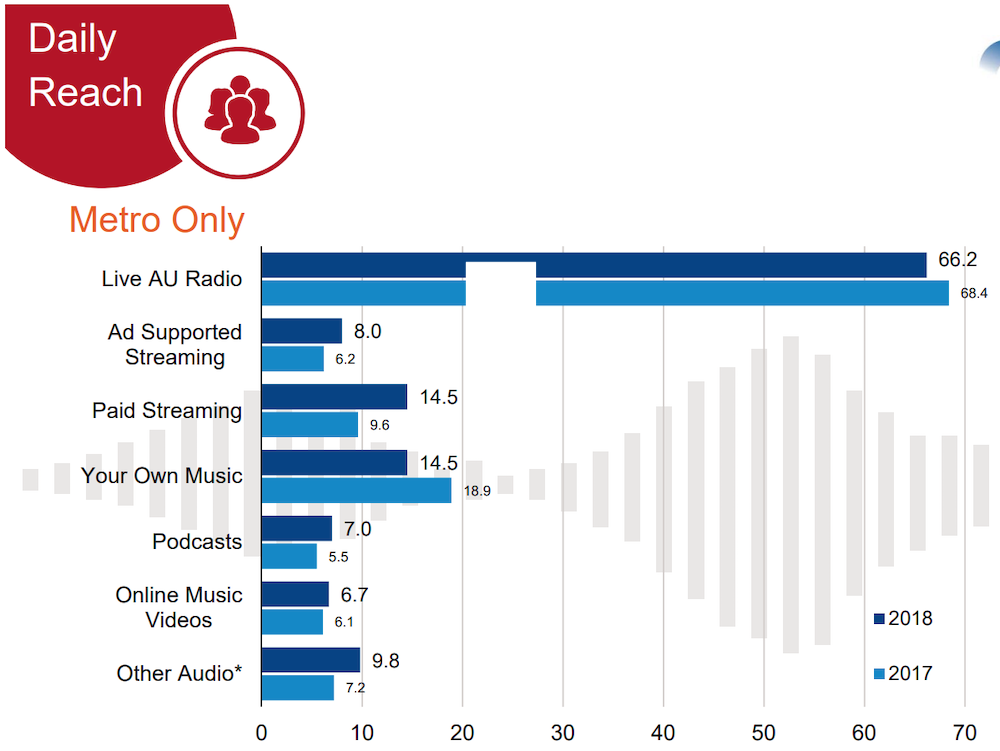