Pew Research released new data about the growing field of smart speakers. The organization’s survey from June 2019 identified trends in ownership of the devices, as well as gathering opinions about privacy and personalization in this emerging product segment.

Within the quarter of U.S. adults who own a smart speaker, Pew observed some trends. The rates of ownership were highest among the respondents under age 50. Both the 50-64 age bracket and the 65+ group had ownership rates of 19%, while it rose to 28% in the 30-49 group and to 32% for ages 18-29. Ownership rates also steadily rose along with household income and amount of formal education.

The survey respondents were asked about privacy and collection of personal data with their smart speakers. About half of the device owners had some amount of worry, with 40% identifying as somewhat concerned and 14% as very concerned. Ten percent said they were not at all concerned about how much of their data smart speakers collect. 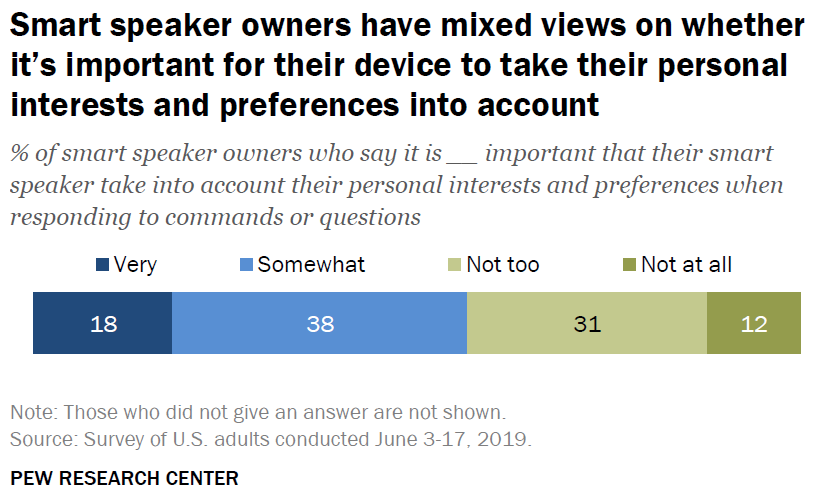 The importance of personalization was also mixed across the participants. Eighteen percent said it was very important for a smart speaker to take their personal interests and preferences into account when responding to a voice command, but 43% said it was either not too important or not at all important for the device to be personalized.