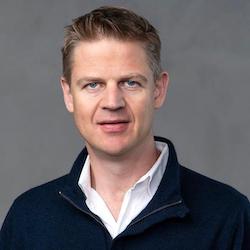 Nigel Eccles has helmed multiple startups. Most recently, he is co-founder and CEO of podcast engagement and community company Flick.

True crime comedy?! Who the hell ever thought of that? Well, that would be the hosts and creative geniuses, Patrick Hinds and Gillian Pensavalle. The show is consistently gripping and hilarious. But the quality of the show isn’t the main reason I’m obsessed by it. The main reason I’m obsessed with it is because their execution in going premium is arguably the best in the business.

But here is where it get’s interesting. TCO also has a Patreon account which has about 12,000 paying members. With prices ranging from $5 to $20 per month if we assume an average of $8, then TCO is doing nearly $100,000 per month in subscriber revenue or $1.2 million per year.

Now that’s really impressive for a show with 150,000 weekly downloads. So how did they get there. Firstly, their conversion to paying member at 8% is ridiculously high. The industry benchmark is more like 2%. So let’s use the PREMIUM framework to figure out how they did it.

Patrick and Gillian have built exceptionally strong personal brands and connections with their fans. You can see that even in the simple things like their names and photos are in the show art. There is no way you can listen to the show and not know who is presenting it. As you will see below they also work incredibly hard at building and engaging with their fans to build that connection. Lastly, and definitely not to be forgotten, is they actively ask for people to become supporters. Remember if you don’t ask, you almost certainly won’t get!

Honestly this is area were TCO is probably weakest. There are lots of other real benefits to becoming a TCO subscriber but recognition really isn’t one of them. There is a very active Facebook group but it is open to paying and non-paying fans alike. Additionally, unlike in Twitch there is no visual distinction between them.

TCO is very strong on that with an additional RSS feed of content that is only available to paying subscribers. The content here is of a similar high quality as the main show and posted on a fairly regular cycle. For higher tiers you get after party episodes, ring tones (ring tones in 2019, really?) and exclusive monthly surprises.

Membership of a Community

TCO has an active 16,000 strong Facebook community open to paying and non-paying members. Interestingly TCO haven’t restricted their community to just paying members. In our research we’ve found both open and paid only community models can work. The advantage of open is it helps on-board users to become super fans and then paying fans.

Here TCO is very strong here and are very active in their community, both on social media and in real life. They host regular live events and meet and greets (with admission to their top tier subscribers).

The lowest premium tier, $5 per month, gives the subscriber access to the exclusive RSS feed which is free of advertising. If the fan elects to pay $10 per show then they can get to listen to the basic channel version of the show ad free.

TCO runs its membership program through Patreon. As importantly they promote it heavily in their shows, in their show notes, in social media and link to it from their show home page. As noted in Patronage section, if you want to go premium then you need to make sure you ask your audience (regularly!)

In a word TCO are killing it (pun intended!) and are a really useful reference point for other podcasters looking to go premium.