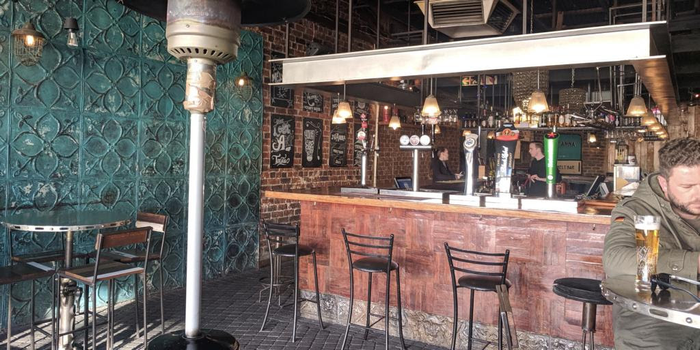 Above: The Melt Bar, in Melville, Johannesburg. Want a pint? Want a gigantic toasted sandwich? You want The Melt Bar. Perfect for a 5pm jetlag dinner.

I very much enjoyed moderating the final panel at Radiodays Africa this week – watch here in full – where we looked at the future of radio a little. I’ve spoken at many of the Radiodays Africa events, and it’s a very excellent event with some voices that you simply don’t get to normally hear from. I’d very much recommend watching the videos of each session; sadly, the event took place with the backdrop of looters and rioters in the country, and at least one community radio station was taken off-air. I have always had a wonderful time in South Africa, and hope that the country rebounds.

Q-Nederlandstalig plays just dutch-language music (which is apparently becoming increasingly popular); Q-Summer is a summer music playlist; Q-Top 1000 is a clever re-use of their music database, as is Q-80s, which has a format you can probably guess.

The canny way of running these, as others have done, is to run them all as one “radio station” for ads and measurement. That allows you to cross-promote them on-air, because you don’t damage the station’s revenue possibilities or audiences. And, if 15% of your total hours are to these additional stations, you’ve either made 15% more revenue, or pulled 15% of your adspots off your main station. They’re also good talent growth opportunities. You see quite a lot of these stations in Europe; rather fewer in the US and Canada, though.