After 19 years of eager growth, listening to online audio among Americans has settled for three years at about two-thirds of the 12+ population. to be precise, 68% in the just-released Infinite Dial 2021. Here is the long-term trend for this key metric: 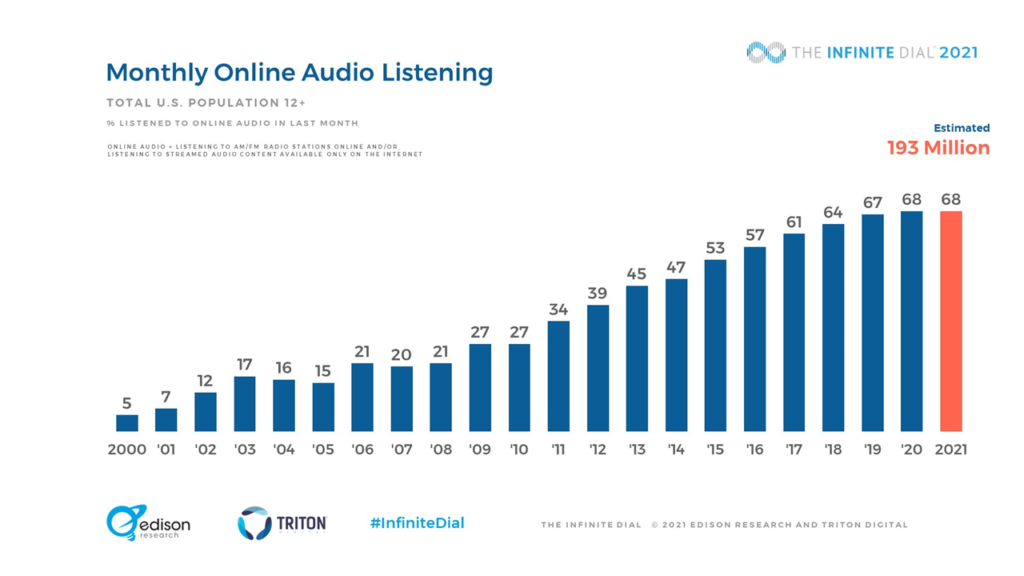 In this study, produced annually by Edison Research and Triton Digital, “online audio” is defined as: Listening to AM/FM radio stations online and/or listening to streamed audio content available only on the Internet.”

Listening to online audio skews young. That is apparent in the illustration below, which also shows the 55+ group increasing its number a bit — as the 35-54 cohort simultaneously decreases, we surmise that as Americans in their early 50s age out of the middle group into the older group, they take their online listening with them. 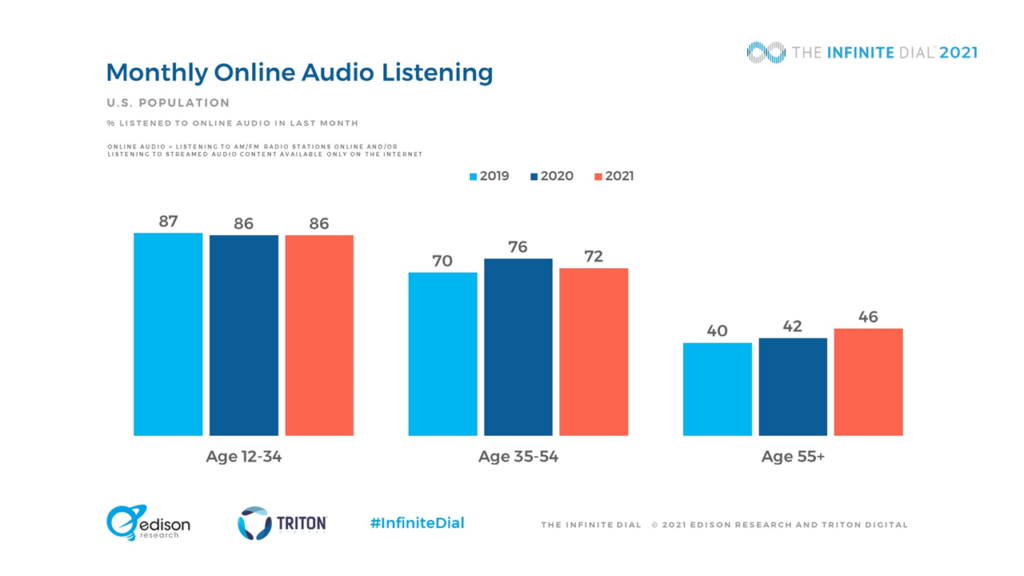 Sixty-two percent of Americans listen to online audio weekly — just a bit above the 60% in the 2020 and 2019 reports. that is estimated to equal 176-million people listening during each week. The time-spent number is 16 hours and 14 minutes, slightly higher than last year.